You could see a little part of Glenn Thrush die during the closing moments of his Tuesday interview on MSNBC.

For the second day in a row, an MSNBC host — this time Andrea Mitchell — felt the need to draw further attention to Bobby Moynihan’s impersonation of the New York Times reporter. (VIDEO: MSNBC Host Gushes Over Glenn Thrush For Being Parodied On SNL) 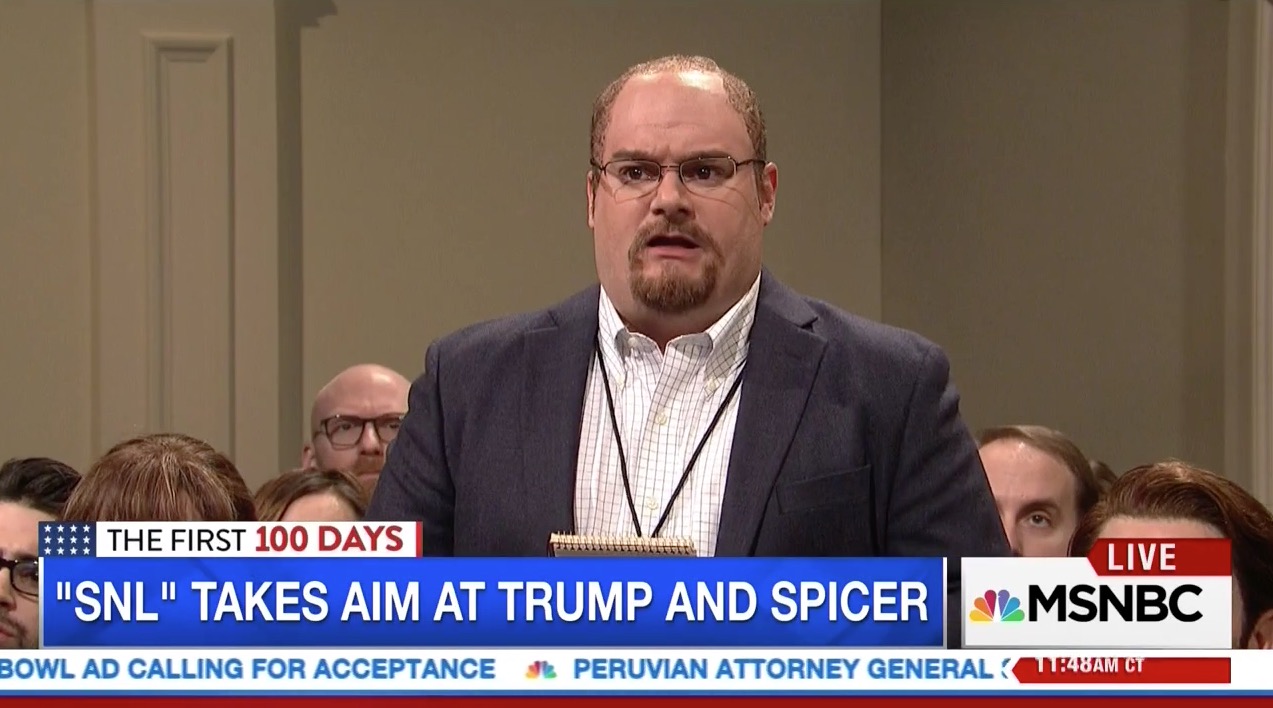 “Glenn, I’ve got to tell you you’re in much better shape than Bobby Moynihan,” she posed to Thrush.

“Uhh, no comment on that one, Andrea,” Thrush, ever the good sport, responded. “I will say they definitely got the goatee right.”

At this point, Mitchell could have simply moved on, but she instead decided to embarrass Thrush on live television.

“They got the goatee AND the hair right.”

No chill, Andrea. No chill.