The Trump administration is reportedly weighing whether to designate the Muslim Brotherhood a terror organization along with ISIS, al-Qaeda and dozens of other groups.

The internal deliberations were reported earlier this week by The New York Times. Critics have come out against the designation, claiming that the Muslim Brotherhood, despite having some jihad-minded offshoots, is the best firewall available to the U.S. in its fight against violent terrorist groups in the Middle East.

Politico reported on Wednesday that CIA officials urged against the terror designation in a briefing prepared last month.

However any terror designation would unfold, several players in the Trump administration have been heavily critical of the Muslim Brotherhood. And at least one, CIA director Mike Pompeo, has explicitly endorsed the terror designation.

Pompeo’s past stance on the Muslim Brotherhood would appear to conflict with his new agency’s position, as stated in the brief the CIA compiled last month. 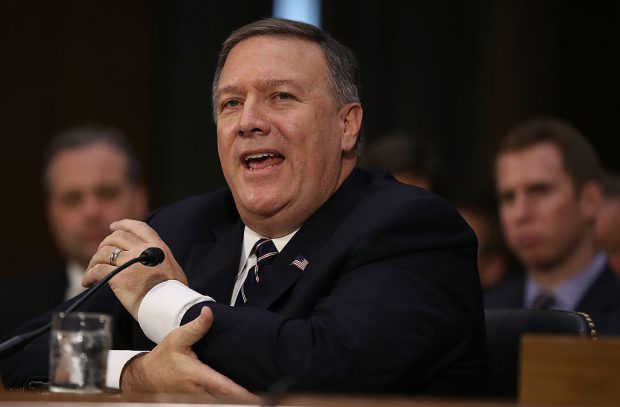 CAIR and other groups like the Islamic Society of North America (ISNA) were named unindicted co-conspirators in the 2008 Holy Land Foundation (HLF) case. HLF officials were found guilty of funneling money to Hamas, the terror group that was founded by the Egyptian Muslim Brotherhood. CAIR has come out against designating the Brotherhood a terror organization.

Bannon, the former chairman of Breitbart News, has long spoken out against radical Islam and the threat posed by jihadis. Breitbart is perhaps the largest news outlet in America focusing on the issue.

And as The Washington Post recently revealed, Bannon submitted a film proposal in 2007 that referred to the Muslim Brotherhood as “the foundation of modern terrorism.” 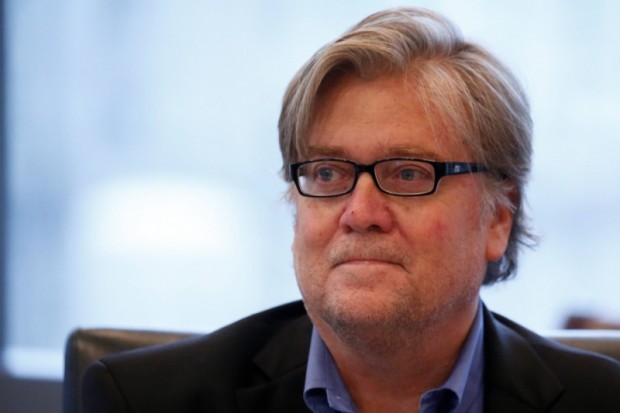 The film, which Bannon was to direct, was entitled “Destroying the Great Satan: The Rise of Islamic Fascism in America.”

Bannon has also discussed the Muslim Brotherhood extensively on a radio show he hosted while still with Breitbart. After Bannon emerged as a Trump campaign adviser, liberal groups, including Media Matters, accused him of making false claims about Muslim Brotherhood’s links to various public figures.

Gorka, a counterterrorism expert and former Breitbart News editor, has commented extensively on the Muslim Brotherhood.

His now-defunct website has Muslim Brotherhood labeled under its “Terrorism” section.

One link on the website is to a 2014 speech he gave at the U.S. Army’s John F. Kennedy Special Warfare Center and School.

In it, Gorka tied to ideological underpinnings of modern terrorist groups to the Muslim Brotherhood, which was founded by Egyptian scholar Hassan al-Banna in 1928.

“We must understand al-Qaeda, not as something that was created by Osama bin Laden simply on the foundations of the Arab mujahedeen movement. Rather, it is the product of decades of ideological evolution that started with the Muslim Brotherhood,” Gorka said.

“I am afraid of al-Qaeda’s soft jihadi colleagues, those who will not use violence — organizations such as The Muslim Brotherhood — that use legal tools, economic tools and lawfare as a weapon to undermine our constitutional order,” he added.

“Both CAIR and ISNA will be fully aware of the significance of November 14th, seeing as both organizations were declared by a federal court to be unindicted co-conspirators of Hamas, the Muslim Brotherhood terror group, in the largest terrorist financing trial in US history,” he wrote, referring to the Holy Land Foundation case.

He also asserted that Muslim members “of Al Qaeda and the Muslim Brotherhood” have a “supremacist understanding” of Islam.

“What we face today and have done since 9/11…is really a totalitarian ideology that has deep roots going back to the Muslim Brotherhood, to the disillusion of the caliphate originally in the 20th century and that we have to understand that this ideology has various expressions,” said Gorka.

He also suggested comparing the U.S. Constitution “to the founding charter of the Muslim Brotherhood, or Hamas, or…any of the organizations associated with front groups connected to the Brotherhood.”

“They define themselves against individual liberty, against freedom and democracy,” he said.

Asked to describe the Muslim Brotherhood, Gorka called it “a many faceted thing.”

“The Brotherhood represents itself in different ways to different audiences,” he said. To diplomats, Brotherhood members claim to support democracy.

“Unfortunately, people who don’t crack open a history book don’t understand that this organization has killed prime ministers, killed heads of state, blown up civilians, murdered all kinds of individuals who resist them,” Gorka said.

“The Muslim Brotherhood is an overt political organization in the Middle East, banned in many countries, and also a covert and underground subversive organization with an international network.”

He went on to say that groups like al-Qaeda, Hamas and Brotherhood-linked political groups like CAIR are “all fathered…all sired by the Muslim Brotherhood.”

He said that the Muslim Brotherhood in U.S. uses “agents of influence” like CAIR and ISNA to shape U.S. policy.

In 2014, Gorka, who is serving in a transition role at the Department of Homeland Security, asked in an article at Family Security Matters: “Given the Brotherhood’s long history of violence, including assassinations and attempted assassinations of Egyptian leaders, the question is why were they not designated a Foreign Terrorist Organization (FTO) long before now?”

In a 2011 radio interview, McFarland, who served as Pentagon spokeswoman during the Ronald Reagan administration, said that the Muslim Brotherhood has not, despite their long-standing claims, renounced violence.

In an interview on WMAL, the host noted that the Muslim Brotherhood has said it has disavowed violence. 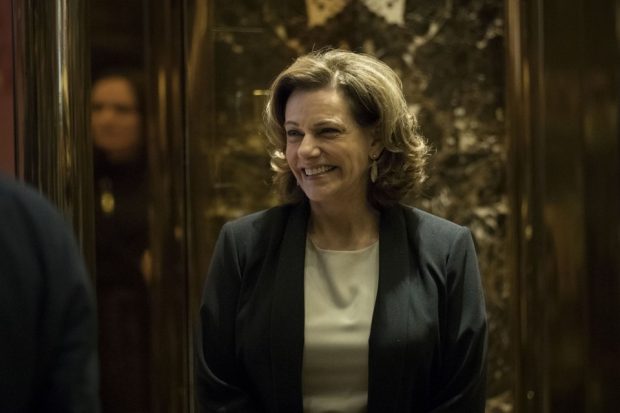 McFarland then said that she frequently visited the Muslim Brotherhood’s English-language website. That version preached unity and cooperation with non-Muslims, she said. But the Arabic version espoused a more radical worldview, she claimed.

“They’ve got the crossed scimitars, and they say ‘be prepared, be ready,'” said McFarland of the site.

Flynn, the former director of the Defense Intelligence Agency, famously broke with the Obama administration regarding the threat posed by Islamic terrorists. He spoke out after leaving his DIA post in 2014, accusing Obama of failing to curtail ISIS. He has also said that U.S. foreign policy is too politically correct regarding the threat of radical Islam. 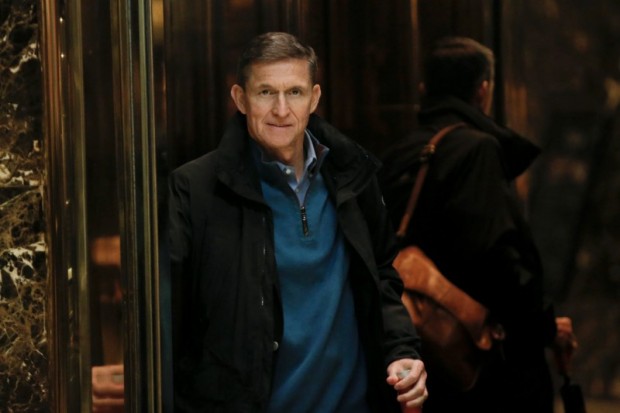 “He took his religion on. He took this ideology on,” Flynn said of el-Sisi during a speech in July.

As Trump’s top adviser on national security issues, Flynn would have significant input on any decision regarding designation.

As secretary of state, Tillerson would also have a prominent role in deciding whether the Muslim Brotherhood should wear the label of “terror group.”

The former Exxon Mobil CEO had said nothing in public about the Muslim Brotherhood until last month, during his Senate confirmation. 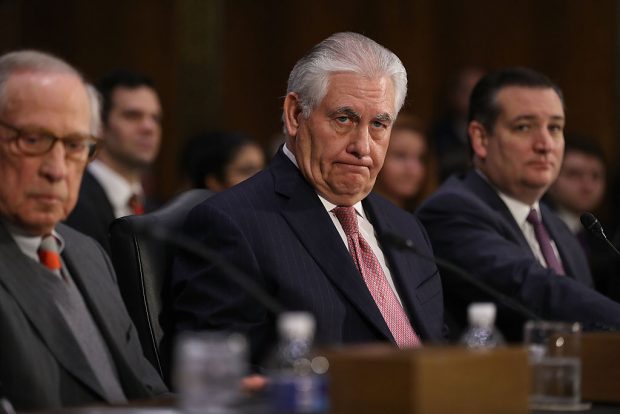 During the hearing, Tillerson lumped the Muslim Brotherhood in with groups like al-Qeada.

In his opening statement, he said that the U.S. government must “increase our attention on other agents of radical Islam like al-Qaeda, the Muslim Brotherhood, and certain elements within Iran.”