One of President Donald Trump’s friends posed with a service member who allegedly carries the nuclear codes during a Saturday dinner at Trump’s vacation property in Florida. 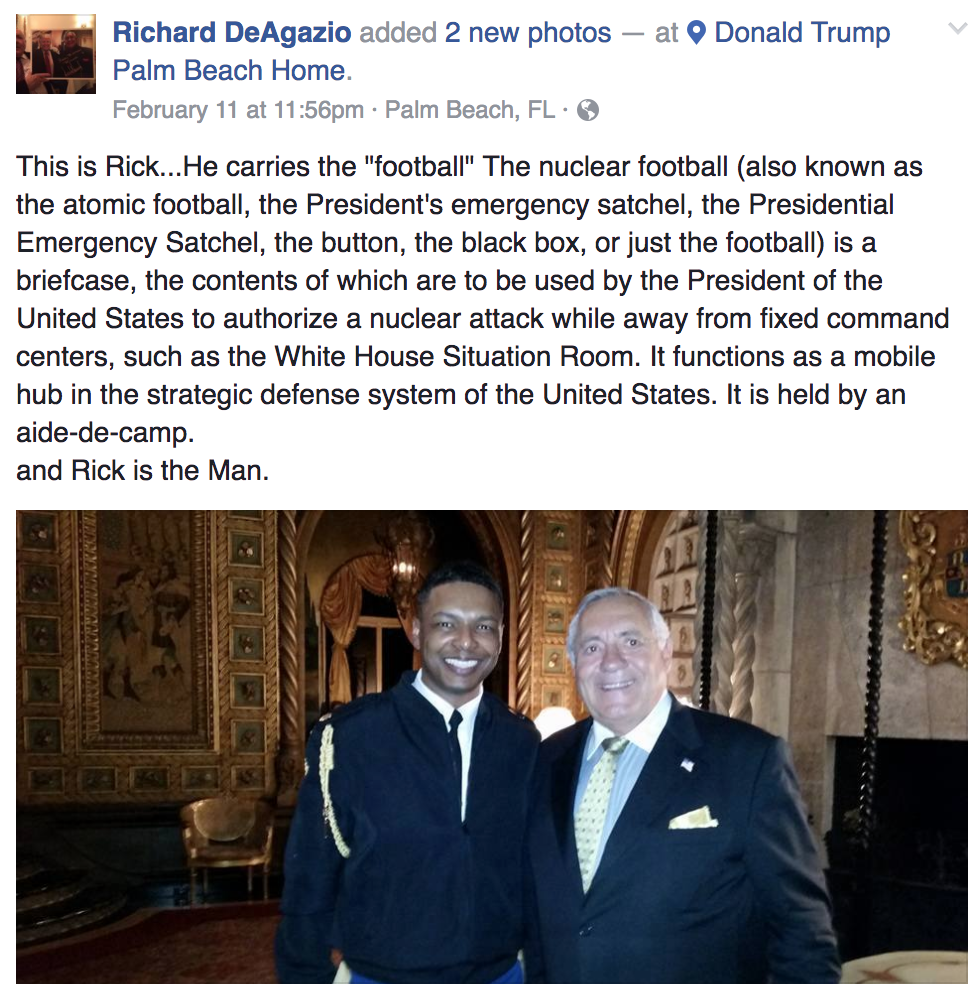 The Facebook post, which was deleted Monday, revealed the first name of the service member as Rick, along with other photos posed with Trump. The post also revealed photos of Trump and Japanese Prime Minister Shinzo Abe after North Korea conducted a missile launch in the Sea of Japan Saturday. The photos were first publicized by Phillip Bump of the Washington Post.

A previous photo taken of Trump exiting the CIA on his first day in office appears to show the same service member carrying the “nuclear football” behind the president. 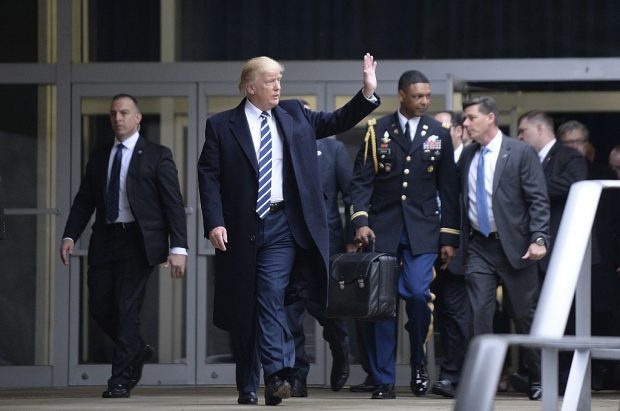 LANGLEY, VA – JANUARY 21: US President Donald Trump leaves the CIA headquarters after speaking to 300 people on January 21, 2017 in Langley, Virginia . Trump spoke with about 300 people in his first official visit with a government agency. In the background a military aid carries the ‘football’, with launch codes for nuclear weapons. (Photo by Olivier Doulier – Pool/Getty Images)

The “nuclear football” includes the launch codes for the U.S. nuclear arsenal. The briefcase reportedly has the instructions on launching, “everything from firing a tactical nuclear weapon, one of them, to full-born Armageddon,” according to a former carrier’s comments to USAToday in 2005.

Previous carriers of the nuclear football also told USAToday in 2005 they are not allowed to discuss their roles. The regulations governing the identity of the football carrier’s today are unclear.

The Pentagon has not yet responded to The Daily Caller News Foundation’s request for comment.