Paul Ryan suffered from a little bit of bad luck during his Thursday press conference. 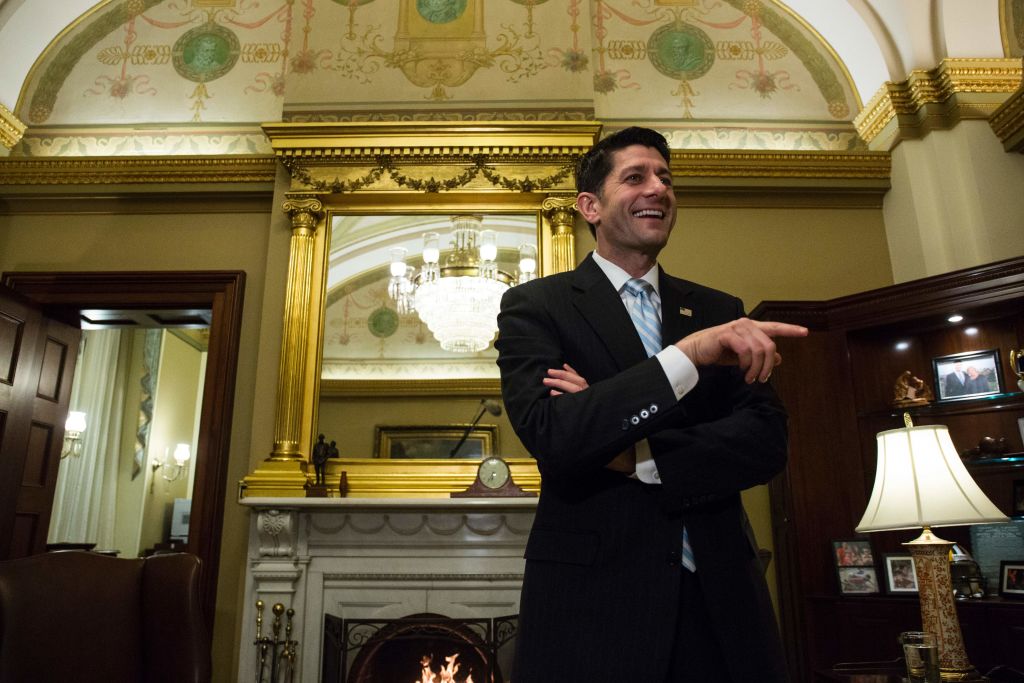 To demonstrate his plan to “equalize the tax treatment” for American manufacturers, the House Speaker grabbed tape recorders sitting on his podium.

“Let’s just take this tape recorder right here — I hope I didn’t turn it off — and say it’s an American-made tape recorder,” he told the gathered reporters. “This is an Olympus. I have no idea where that’s made,” he said before reaching for a second device and queuing up his accidental punchline.