Jennifer Aniston knows how to capture an audience.

The 48-year-old actress did just that when she walked on stage to present an award at the Academy Awards Sunday night. Thanks to the insane thigh-slit on her dress, no one was paying attention to Aniston’s introduction. 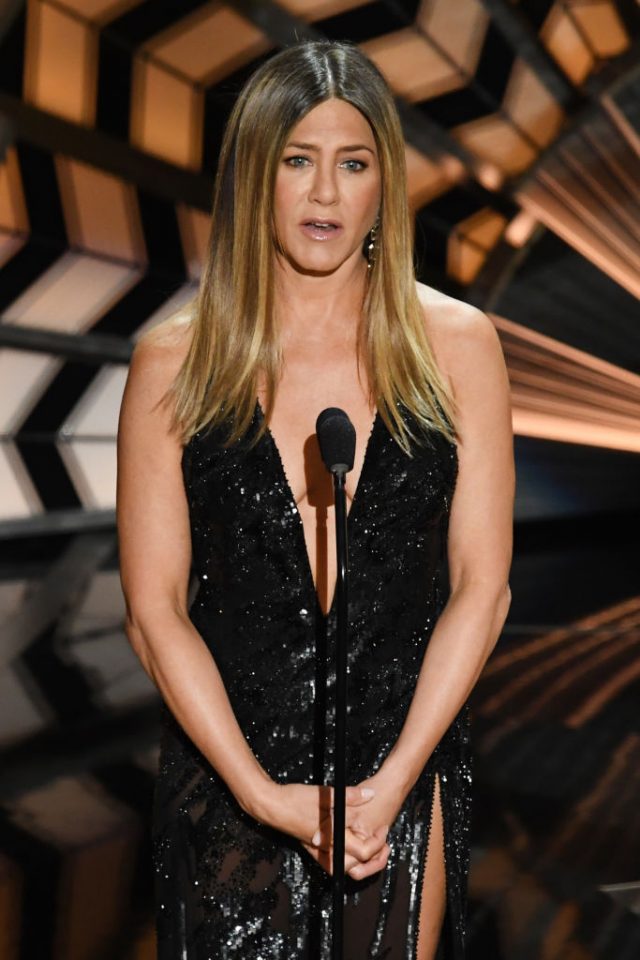 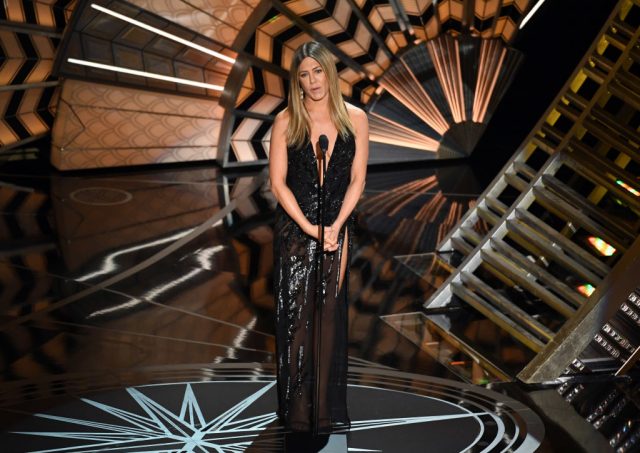 I would like to applaud the leg Jennifer Aniston. Brava.

Jennifer Aniston walks up to the in memorium with a leg slit up to her damn armpit, goals, Rest In Peace everyone

Jennifer Aniston is pulling out some Angelina leg tonight #Oscars