Breitbart News has achieved the most shameless act in Washington for a Monday.

Ahead of Washington Political Editor Matthew Boyle‘s purported interview with President Trump, Breitbart News has released an obviously paid marketing email to its readers, but it’s absolutely free of any suggestion that it’s even a partner or sponsor message.

Boy…what a strange message to send on a day that the Trump propaganda site is allegedly scheduled to send Boyle into the Oval Office to interview Trump. In other words, they’re going wrap Boyle up in Saran Wrap and stuff him into a closet while Trump’s chief strategist Steve Bannon and Trump write the story.

If the past is any indication, Trump can have whatever story he wants. In 2014, then-BuzzFeed reporter McKay Coppins, who now writes for The Atlantic, wrote a story that mocked Trump’s presidential aspirations. Boyle smacked back with a lengthy spoon-fed piece that said that Coppins, who is married, ogled waitresses at Trump’s Mar-a-Lago resort. Boyle quoted hostess Bianka Pop saying that Coppins looked at her like she was “yummy.”

In the meantime, Monday’s marketing letter from Breitbart News warns that the federal government is going to freeze $326 trillion dollars. So if you have an IRA, 401 or any money in “the financial system” you are totally screwed.

“This could actually be your last chance to protect yourself,” the sinister ad that doesn’t resemble an ad says.

The White House must think everyone with half a brain cell can’t see this for what it is: propaganda and a trap to make readers think that Breitbart News isn’t in the tank for Trump.

In recent weeks, the White House also attempted to throw people off by floating the notion that Bannon was furious at Boyle for publishing a Valentine’s Day hit piece on White House Chief of Staff Reince Priebus. The bloodbath of a story says Trump allies are already creating a list of possible replacements for the COS. An Axios story said Bannon “privately unloaded” on Boyle for writing that the White House internally blames Priebus for the travel ban boo-boo that remains unresolved.

The Axios piece says Bannon was “furious” and “exploded.”

Wow, that’s intense — if it were true.

Some reporters in Washington are not expecting anything real to come out of Boyle’s supposed interview with Trump that is not on the formal schedule.

New York Mag’s Olivia Nuzzi remarked, “Looking forward to the hard-hitting Matthew Boyle questions like, Mr. President, how do you keep your hands so big?”

Alan Beattie, the world trade editor of the Financial Times, asked, “If it’s one person, is it still a gaggle?”

Scott Lincicome, a writer for The Federalist, comment would make a great Lifetime movie: “Gaggle of One: The Matthew Boyle Story.”

See the ad — or whatever the hell this is — below. 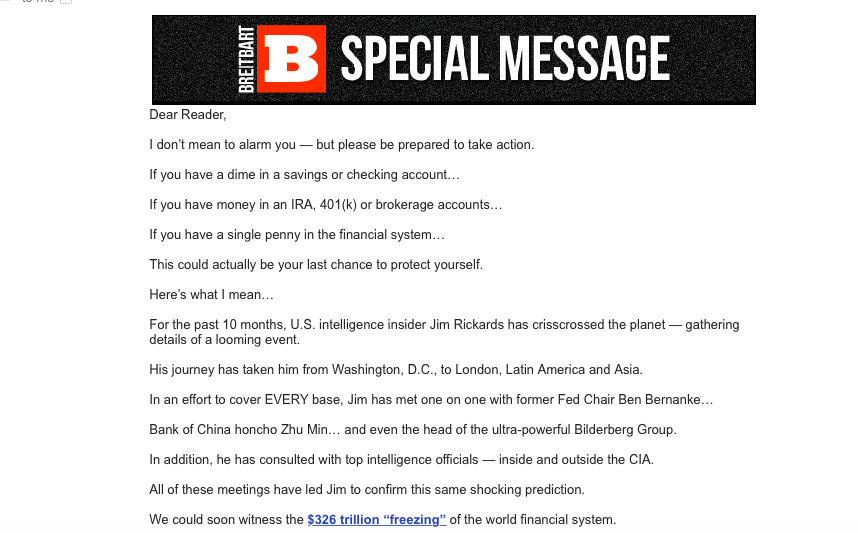