A woman confronted Donald Trump’s press secretary Sean Spicer when she saw him at an Apple store in Washington, D.C. this weekend, asking him how it feels “to work for a fascist” while destroying the country. 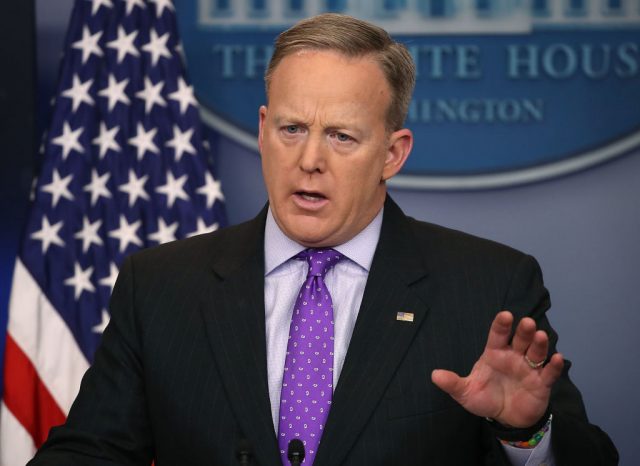 Asking @PressSec questions in Apple Store since he doesn't like the press. https://t.co/l493z2gG4x

Seconds later she approaches him again.

In a post on Medium, Chauhan claims Spicer threatened her citizenship on camera.”

“That is racism and it is an implied threat,” she said of the “allows you to be here” remark. “Think about the sheer audacity of Mr. Spicer to say that to my face with a smile, knowing that he that he is being recorded on video and the position of power he holds in our government.”

“I have spent enough time with online to encounter rabid Trump supporters. Many of these folks see my brown skin and question my citizenship. They question whether I am here legally. They tell me to leave the country. They have told me to go back to where I came from.”