It took less than a few days for dangerous white supremacy to be on display in March Madness this year, and the Wisconsin Badgers were the leading vessel.

The eight-seed Badgers upset top-ranked Villanova in the Round of 32, and I, as a fully self-aware social justice warrior, could not have been more upset at the school where I earned my diploma.

Basketball is a sport generally dominated by young black men, most of whom were highly decorated recruits in high school. In a fair and righteous society the teams with the highest recruits, which are almost always predominately black, would win. That’s called fairness and equity. 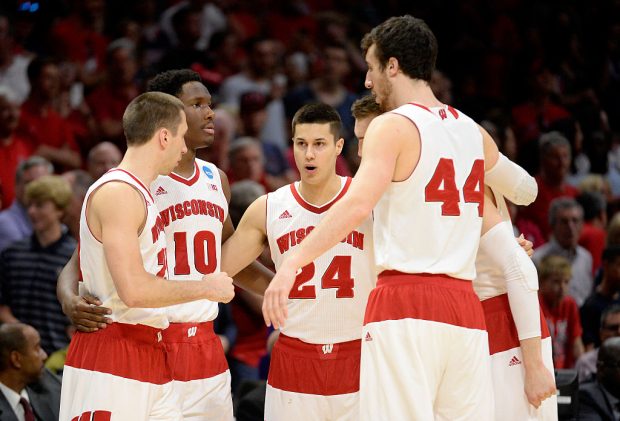 Instead, a school that recruits farm kids and athletes nobody heard of before they arrived in Madison dominates the scene. This foolishness must end.

Now some would argue the reason for Wisconsin’s success is that they are more fundamental, better disciplined and better coached. If you actually believe these racist dog whistles then shame on you. It has nothing to do with practice or coaching. It has everything to do with institutional racism that links onto the whitest team they can find and pushes them through the tournament no matter what. (SLIDESHOW: Celebrate College Basketball With These Sexy Cheerleaders)

And the morons at ESPN who actually had the audacity to suggest Wisconsin’s basketball team wasn’t inherently racist should be fired. How dare they not appreciate the struggles a team faces when they play against a Wisconsin team that will milk the shot-clock on offense and actually play defense. Are they allowed to do those things? Of course, but you are also allowed to fly a Nazi or Confederate flag.

Does Wisconsin have a handful of black athletes? They do, but not enough to dissuade any retort that they’re used as cover to hide the racist intentions of Wisconsin fans and Donald Trump voters everywhere. Wisconsin voted for Trump and they historically play a majority of white guys. If you think that’s a coincidence, I’d suggest you do some soul searching. Was there any other explanation for why the majority of Americans supported Wisconsin in the 2014 Final Four other than racism? I highly doubt it.

When basketball “experts” look at former Wisconsin stars Sam Dekker and Frank Kaminsky they probably see two young men who worked extremely hard to get to the NBA. Complete foolishness. I see men who were aided by a racist system. If you think hard work gets you ahead in sports then you’re an idiot. 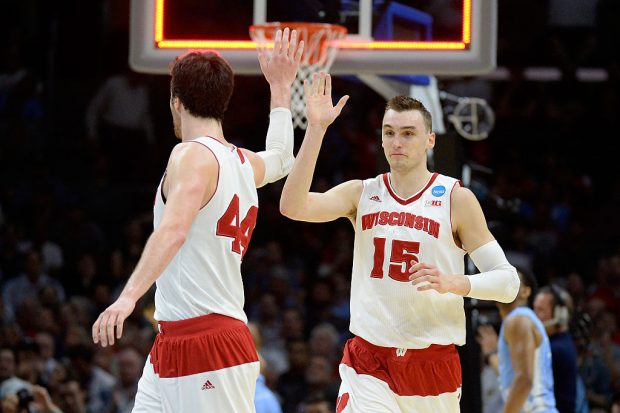 LOS ANGELES, CA – MARCH 26: Sam Dekker #15 of the Wisconsin Badgers celebrates with Frank Kaminsky #44 after Dekker scores at the end of the first half against the North Carolina Tar Heels during the West Regional Semifinal of the 2015 NCAA Men’s Basketball Tournament at Staples Center on March 26, 2015 in Los Angeles, California. (Photo by Harry How/Getty Images)

When I see the success of the Wisconsin Badgers I will forever see nothing but racism and white supremacy, and no amount of common sense, facts, evidence or reasoning will change my mind. Accepting any of those notions would be capitulating to the system of white supremacy, which has ruined college basketball.

Join me in cheering against Wisconsin and boycotting their games, especially their upcoming games in New York.*

*I’d like to thank all the idiots out there who will now not be going. We can’t get those ticket prices low enough before I purchase them. See you all at the Final Four.