Convoys of trucks with over-sized loads are once again a common site in West Virginia. Daytime trips through the state’s interstate highways reveal truck after truck carrying loads of industrial equipment covered in orange hazard flags and signs to alert motorists.

The increased traffic is a sign that after a long downturn, the coal industry is beginning to see renewed activity.

“If coal is doing well, West Virginia is doing well,” Bill Bissett, president and CEO of Huntington Regional Chamber of Commerce, told The Daily Caller News Foundation. “We are starting to see a return of optimism.”

Elections both at the national and local level have changed the outlook for coal in West Virginia. President Donald Trump carried West Virginia by his widest margin of any state, largely on his promise to bring back coal mining. At the state level, voters sent coal baron Jim Justice, the state’s richest individual, to the governor’s mansion. Justice switched his affiliation from Republican to Democrat ahead of the West Virginia gubernatorial race. 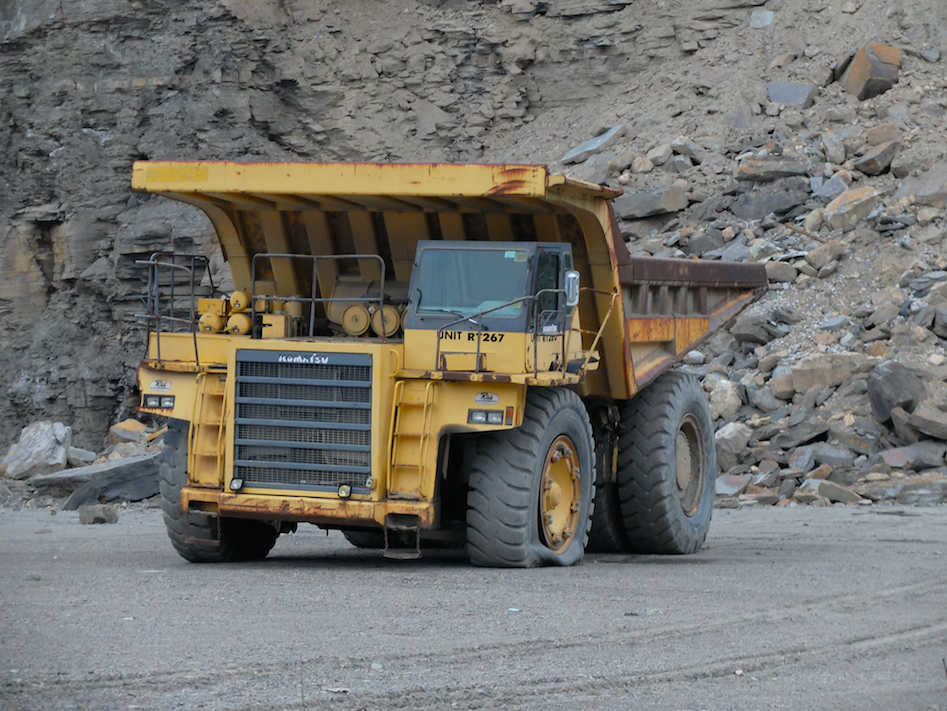 “Trump removed the Stream Protection Rule which was making it challenging to mine our product, and the Clean Power Plan, which was prohibiting us from using our product,” says Bissett, who represents an area in the western part of the Mountaineer State.

Logan County is the heart of West Virginia’s coal country. In the last century, the county has been the site of some of the most dramatic incidents in the history of the American coal industry. In 1921, the county hosted the Battle of Blair Mountain, the largest armed labor rebellion in U.S. history. Half a century later, the county was ground zero of one of the coal industry’s worst disasters. On February 26, 1972, a reservoir dam broke, sending a 30-foot wave raging along Buffalo Creek. The Buffalo Creek flood led to the National Dam Inspection Act of 1972.

As a child, Billy Dickerson survived the wall of water. Today, he is the athletic director at the high school in Man, West Virginia, one of the larger communities in Logan County.

“According to Logan County statistics, last year we lost 800 students, and that shows the loss of coal jobs and people having to take their families elsewhere,” Dickerson says. “As coal goes so goes the community.”

“We’re facing job losses as a result of the loss of students, which has been directly linked taco the loss of coal-mining jobs,” Dickerson says.

The coach stands at Uncle Sam’s, a sporting goods shop that services Man. In the short-term, the economic outlook is worrisome, but there are signs that high-paying coal jobs are returning, he says.

Ken Workman, a coal miner visiting Uncle Sam’s with his teenage son, offered his own take: “I’m very optimistic. Trump has already reversed Obama’s ‘War on Coal’ policies,” he says. “I think Trump’s going to do a job. [Gov. Justice] has got our back on [coal issues] as well.” 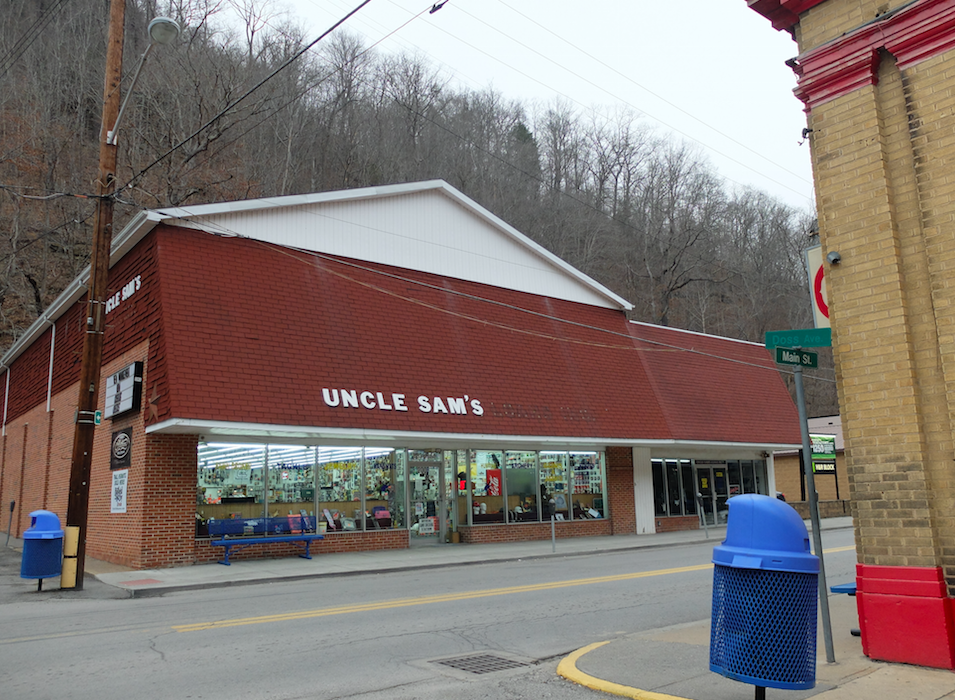 Workman spoke for many miners in the county who support regulation and the great outdoors, but think the Obama’s policies were aimed at destroying the coal industry rather than protecting the environment.

“Optimism is returning, and we are starting to see that here in coal country,” says Rupert Phillips, Jr., who is a state delegate representing Logan County. “We are looking at roughly 1,000 brand new jobs here in the next few months, both strip mines and deep mines. Probably a few hundred more across the county line. With Trump lifting regulations, it’s making people feel more confident in investing coal,” said Phillips. His pet German Shepard (sired by a NATO guard dog) sat at his feet, and nearby, his daughter enjoyed ice cream.

When Phillips isn’t fighting for the black rock in the state legislature, he’s visiting mines as a salesman for an electrical machinery company. His father was a coal miner with decades of experience. Both his grandfather and both of his great-grandfathers were also in the industry.

“I believe Trump is going to invest in clean coal technologies in a way Obama never did, and also invest in infrastructure structure projects that will mean a greater demand for coal and metallurgical coal here in West Virginia,” he said.

Like the governor, Phillips was recently a Democrat, but in a change, he switched his affiliation to independent. He describes himself as a conservative. In West Virginia, support for the coal industry remains a bipartisan issue. 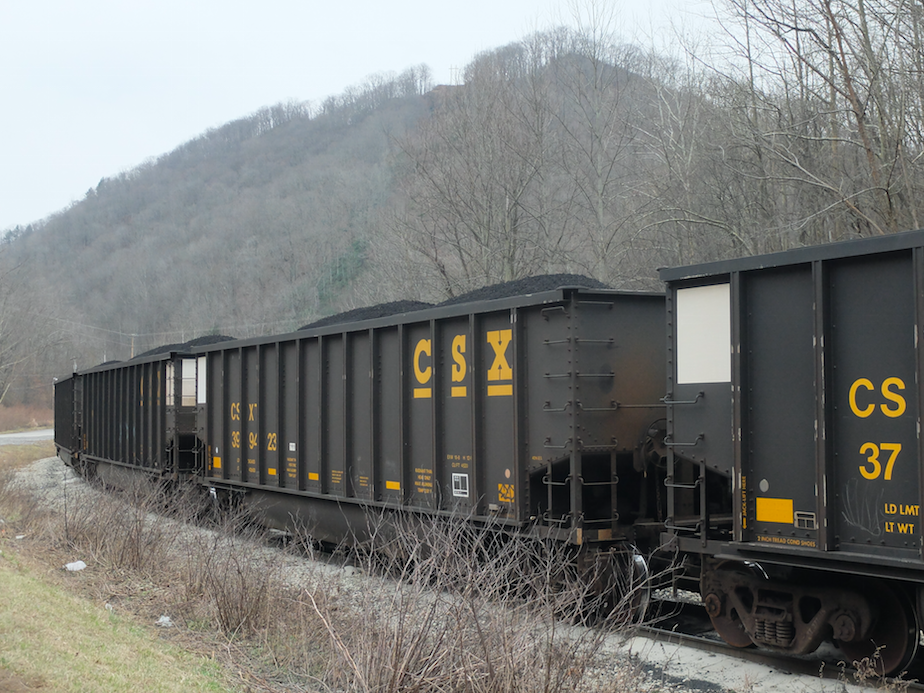 The freshman senator is a Democrat and combat veteran of Iraq and Afghanistan. In addition to bumper stickers noting his military ties, his SUV has a large sticker that reads. “Support coal or sit in the dark.”

Businessmen also share the renewed confidence in coal-mining. A survey released this year by Coal Age, a trade publication, found most businessmen had an optimistic outlook on coal.

A report from the Association of American Railroads found a 19.2 percent increase in coal shipments in February compared to those same figures a year earlier.

The confidence in coal goes all the way to the top in West Virginia. While Hillary Clinton was trounced by Trump, Justice ran a successful campaign by focusing on bringing jobs to West Virginia, talking passionately about oil, lumber, tourism and the industry in his state. 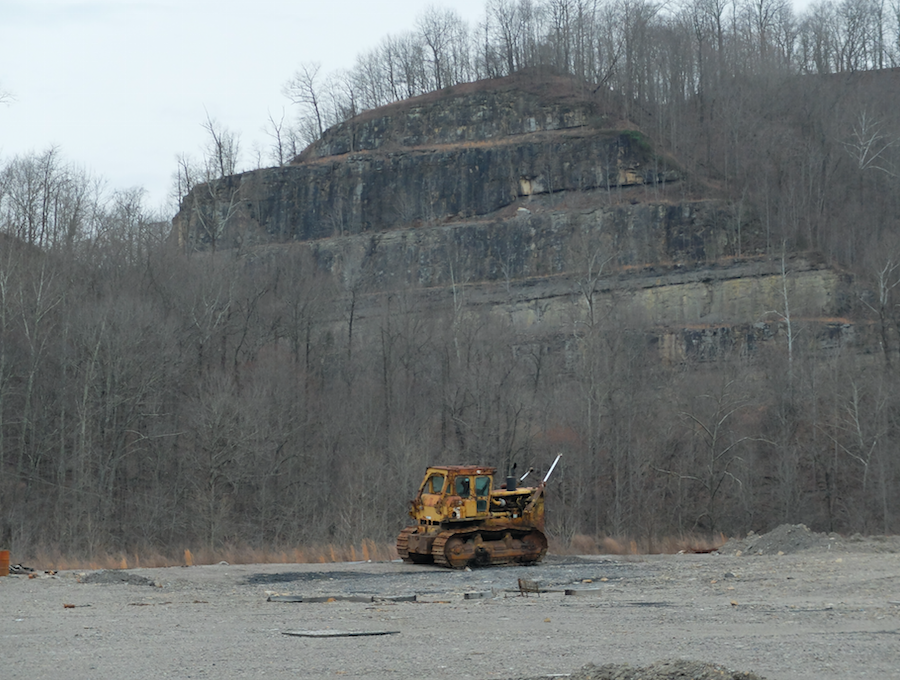 In an interview with TheDCNF, the governor offered his views on the future of coal mining in West Virginia.

[dcquiz] “Coal is unique in that it is one of the highest paying jobs in West Virginia and I want us to have more coal jobs,” Justice said. “If you’re a coal miner it is time to grab your dinner bucket and go to work.”

Justice put his money where his mouth is and has announced plans to open four new mines in West Virginia.

“We have some of the richest coal seams in America, and with Trump’s plan to invest infrastructure there will be a need for more coal, in particular, metallurgical coal to make steel,” he told TheDCNF.

Currently, some 30 percent of the state’s coal is used within the state. Justice would like to see that improved, either though new power plants, industry or even coal-to-liquids technology. “I’ll sign any coal bill that’s in the best interests of West Virginia,” he said.