Speaking on Monday to the American Israel Public Affairs Committee, Nikki Haley touted her ability to be a tough U.S. advocate at the United Nations.

The newly-confirmed U.S. Ambassador to the UN described similarities between the Israeli and Indian cultures.

“We’re aggressive. We’re stubborn,” she said to the crowd, earning thunderous applause. “And we don’t back down from a fight!” 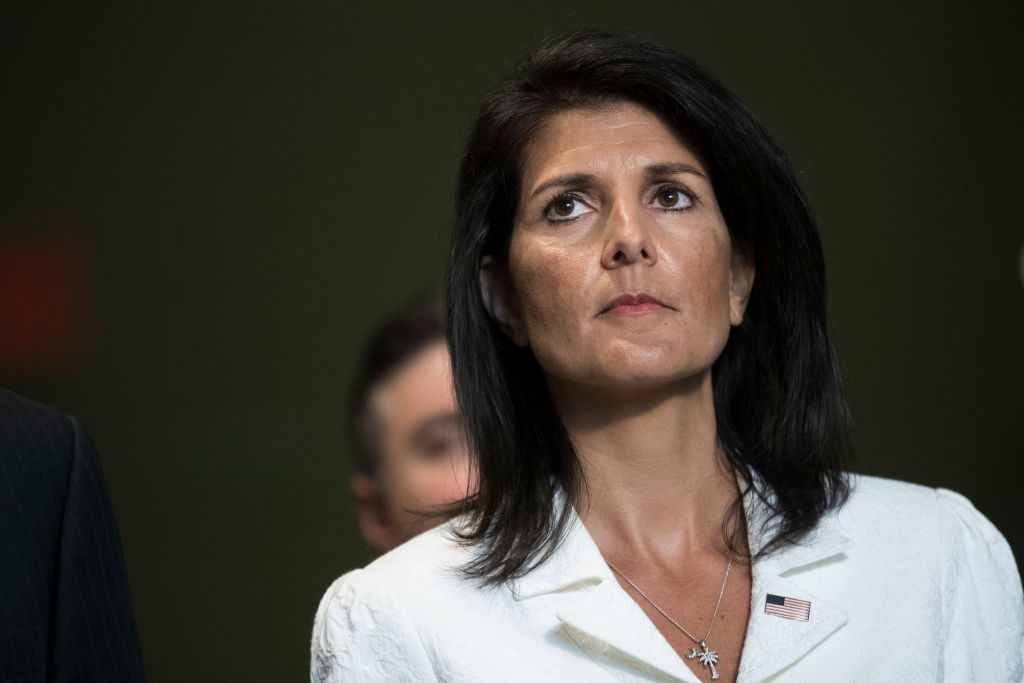 “When they decided to try to put a Palestinian in one of the highest positions that had ever been given in the UN, we said, ‘no,’ and we had him booted out.”

“For anyone who says that you can’t get anything done in the UN? They need to know there’s a new sheriff in town.”