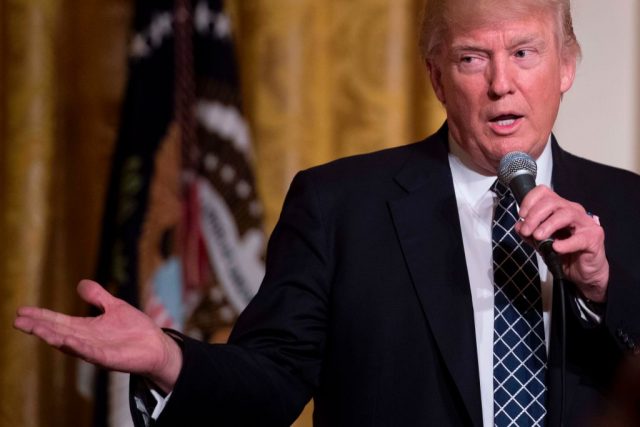 As the president addressed a room full of senators and their wives during a reception at the White House Tuesday night, he called for Republicans and Democrats to come together to formulate a bill that can pass.

“Here we are, and shockingly, it’s bipartisan,” Trump said. “A lot of people showed up. People we weren’t expecting. I know that we are all going to make a deal on health care. That’s such an easy one. I have no doubt that that’s going to happen very quickly. We have all been promising it — Democrat, Republican — to the public.”

“We are going to be doing a great job,” he continued. “Hopefully it will start being bipartisan because everybody really wants the same thing. We want greatness for this country that we love. I think we are going to have some very good relationships — right, Chuck [Schumer]? I see Chuck. Hello, Chuck.” 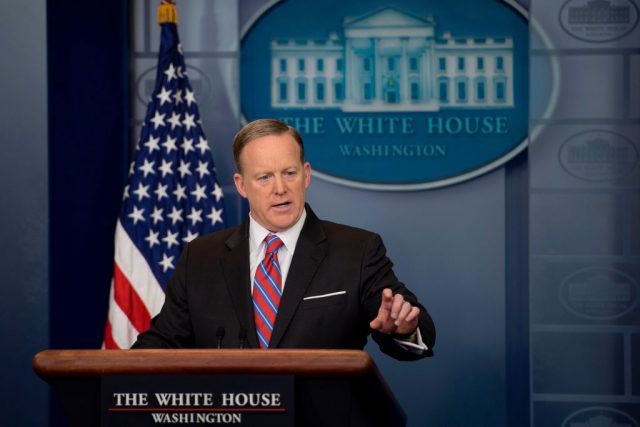 Press secretary Sean Spicer said at the briefing earlier that day that there has been some discussion of another health care bill.

[dcquiz] “Have we had some discussions and listened to ideas? Yes,” Spicer said. “Are we actively planning an immediate strategy? Not at this time.”

“I think there is a discussion that began, as I mentioned yesterday, of a lot of individuals on both sides of the aisle reaching out to both the President and key staff members to share ideas and additional ways forward. So there has been a discussion, and I believe there will be several more.”