A female driver was arrested Wednesday morning after reportedly hitting a police cruiser and nearly running over police officers at the U.S. capitol.

The incident began when police attempted to stop a vehicle with what is beleived to by a Maryland license plate number 1CV 5147 on Independence avenue around 9:30 AM, according to Eva Malecki, spokeswoman for U.S. Capitol Police.

Police pursued the vehicle after it attempting to flee, nearly striking Capitol Police officers and eventually hitting another vehicle.

“During the attempt to arrest the suspect, shots were fired, however no individuals were injured during the arrest,” said Malecki. 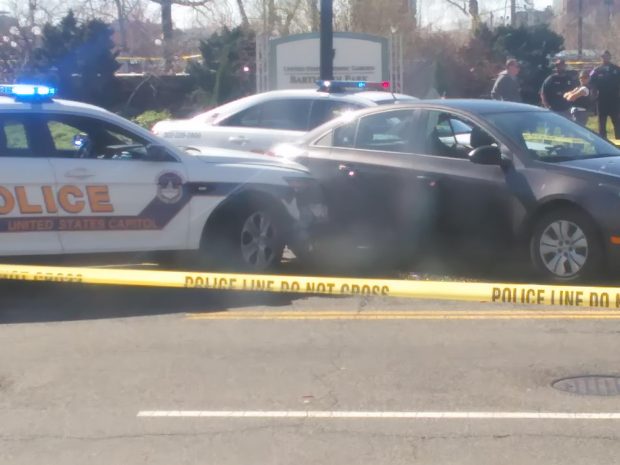 A picture from the scene of the incident on Capitol Hill. Source: Ted Goodman/The Daily Caller News Foundation

While it is unclear why police wanted to stop the vehicle or why the woman attempted to flee, Malecki said the incident was “criminal in nature with no nexus to terrorism.” 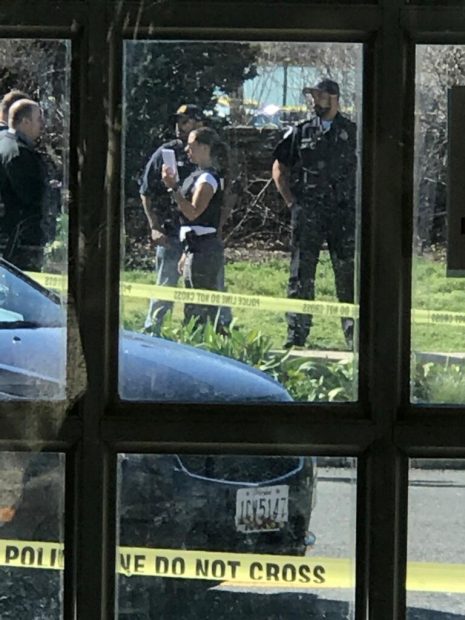 Police gather at the area near the scene of the incident. Source: Ted Goodman/The Daily Caller News Foundation

Capitol police advised civilians to stay away from the area until further notice, however, no lockdown was issued.