Interior Secretary Ryan Zinke proposed Tuesday that the U.S. build its border wall on Mexico’s side of the border. 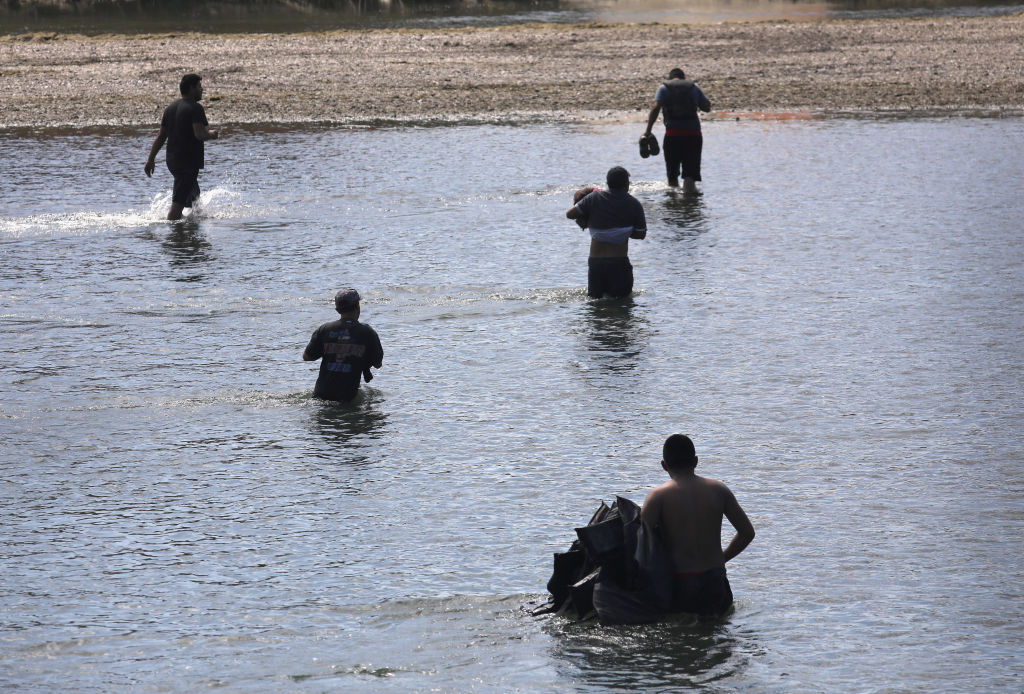 ROMA, TX – MARCH 14: A smuggler, also known as a “coyote,” carries life jackets while walking a group of undocumented immigrants across the shallow Rio Grande at the U.S.-Mexico border on March 14, 2017 in Roma, Texas. U.S. Border Patrol agents intercepted them on the Texas side of the river and pushed them back into Mexico. (Photo by John Moore/Getty Images)

The interior secretary added that some areas along the border are too physically imposing for a wall to be necessary. The Rio Grande, however, spans 1,200 miles and President Trump has called for a wall along the entire border. Zinke’s comments are the first from a Trump administration official to suggest that the U.S. should build the wall on Mexican territory.

A Customs and Border Protection spokesman told The Daily Caller, “We are currently evaluating all options available for the construction of the Wall as directed by the Executive Order.”