Airlines all have their own uniforms for flight attendants, but those uniforms were never a reason customers choose to fly a particular airline…until now. VietJet, a regional airline in Vietnam, has its young flight attendants dress in corporate colored bikinis, and that marketing gimmick has helped the company’s CEO, Nguyen Thi Phuong Thao, become the country’s first self-made female billionaire.

Bloomberg reports, “With the initial public offering of Vietnam’s only privately-owned airline, Thao is set to have a net worth exceeding $1 billion, according to the Bloomberg Billionaires Index, making her the country’s first woman billionaire.” 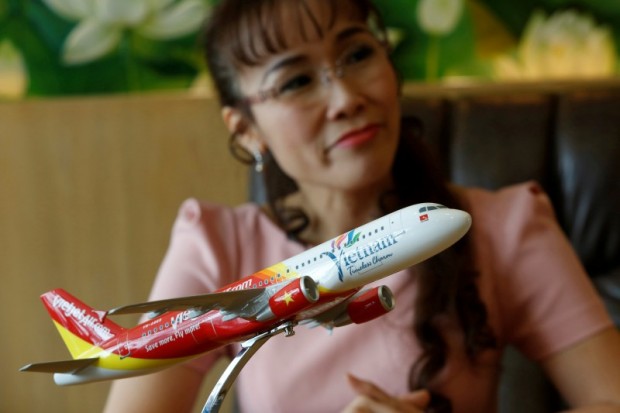 So what do the uniforms look like? The company released a video of their flight attendants in action.