“Anybody have a small bobby pin I can borrow?”

BREAKING: There is no tanning bed in the White House

Geraldo weighs in on Gorsuch nomination…

On not reacting to Trump tweets…

“I think I’ve successfully weaned myself off of reacting to Trump tweets. Email me for my 12-step program.” — Ben White, Politico.

“Comedians are doing a better job of covering Trump than serious news networks, because satire has a really low tolerance for bullshit.” — Carlos Maza, Vox, formerly a hack at Media Matters.

“So I had the weirdest dream last night. I was at my Grandmother’s house in Waynesboro on the couch talking to Donald Trump and he was really being cool and charming. And then my (deceased) dog Tyson jumped up on the couch and started biting at one of Trump’s friends face. We calmed Tyson down and then another dog came and bit Tyson’s tail and wouldn’t let go. And it was so sad. He was crying because he was in so much pain. So I start punching the other dog in the face and he finally let go, leaving a pool of Tyson’s blood. What’s funny is how I woke up with my heart pounding after such a stupid dream.” — Eric Anthony Brown.

CNN hires April Ryan to be a political analyst: Here’s how that played out.

“FIRST IN PLAYBOOK: NEW CNN CONTRIBUTORS: APRIL RYAN has been named a CNN political analyst. She is the White House correspondent for American Urban Radio Networks.”

Quick question to ponder… “If the president tweeted an April Fool’s Day joke, would anyone be able to tell?” — Daily Mail‘s David Martosko.

Journo reinvents The Weekly Standard: Dogs may apply for positions 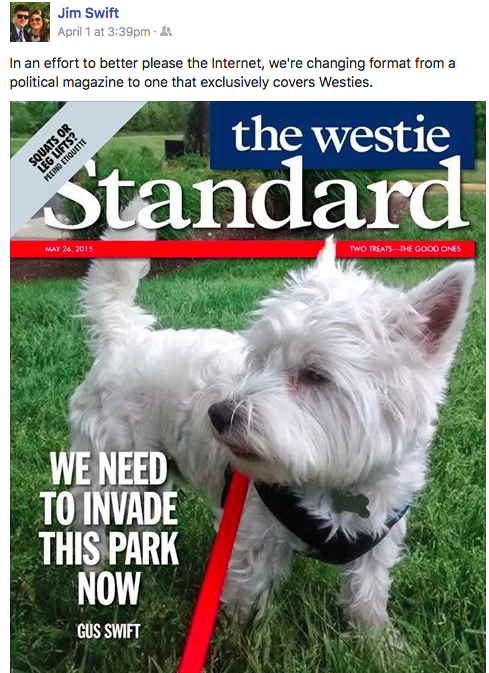 Actress goes on Dr. Phil to talk about her stolen sex tape 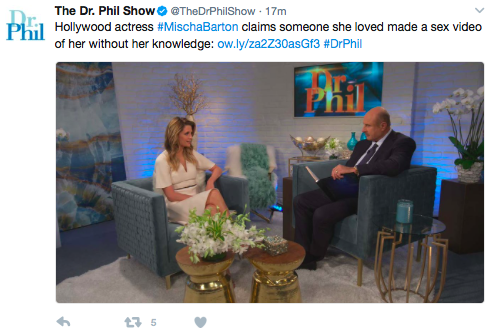