Alien enthusiasts claim to have spotted what looks like a lizard in a recent image taken on Mars.

Scott Waring of UFO Sightings Daily pointed out an image of what what he describes as a chameleon-looking lizard on Mars. The image was taken by NASA’s Curiosity rover and was posted on the website of the Jet Propulsion Laboratory. 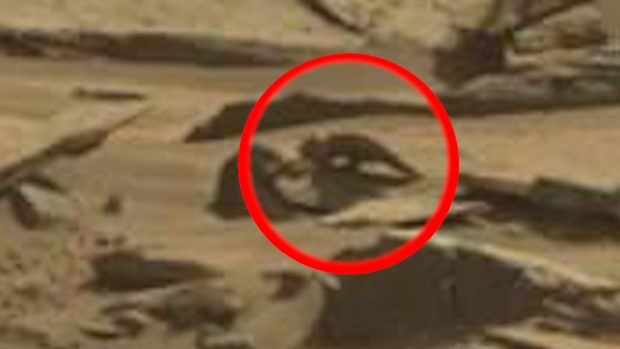 Conspiracy theorists weren’t sure if the image revealed that Mars was filled with alien life, or if it “proved” NASA’s rover wasn’t on Mars at all.

Scientists think what’s really going on is pareidolia, a psychological tendency for the human mind to perceive a familiar pattern in an image when none exists. The best example of this is the infamous “Face On Mars” spotted by the Viking 1 and Viking 2 orbiters. Though this looked like a human face, it was actually a trick of the light.

The lizard adds yet another entry into the long list of exotic wildlife allegedly spotted on Mars, which even includes Bigfoot.