Senate Democrats successfully blocked a vote on Judge Neil Gorsuch’s Supreme Court nomination on Thursday, paving the way for Republicans to pursue the nuclear option to get him confirmed with a simple majority vote. 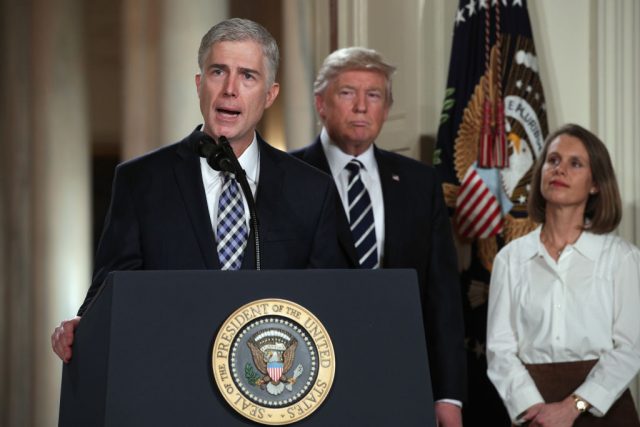 Though the judge from Colorado needed 60 votes to advance his nomination, the Senate voted 55-45. Only four Democrats voted in favor of him.

Majority Leader Mitch McConnell promised he would go the nuclear route — where Republicans change the rules to bypass a filibuster — if Gorsuch didn’t get the votes he needed Thursday. (UPDATE: Republicans Change Senate Rules After Dems Filibuster Gorsuch)

“Neil Gorsuch will be confirmed this week,” McConnell told Chuck Todd. “How that happens really depends on our Democratic friends.”

Gorsuch, who was nominated by Donald Trump to fill the seat of Justice Antonin Scalia who died last year, is expected to be confirmed Friday.