MSNBC’s Kristen Welker used as many words as possible Monday morning to report that neither Jared Kushner nor Steve Bannon had been or will be fired by President Trump.

“Here’s what we know,” Welker told “Morning Joe” hosts Mika Brzezinski and Joe Scarborough. “This situation, this tension between Steve Bannon, who you were just talking about, the president’s chief strategist and his son-in-law Jared Kushner who are on opposite ends of the ideological spectrum seemed to have really reached a boiling point.”

“All sides seem to be getting closer to being on the same page,” she added. “The question is is that actually going to last? How realistic is this?”

“The two are at odds, and the question is can this actually hold? Now, Jared Kushner is not going to be fired. He’s the president’s son-in-law. We’ve seen his role expanding in weeks. Remember he went to Iraq with the joint chiefs of staff just last week, and you have Steve Bannon who was ousted from the National Security Counsel.” 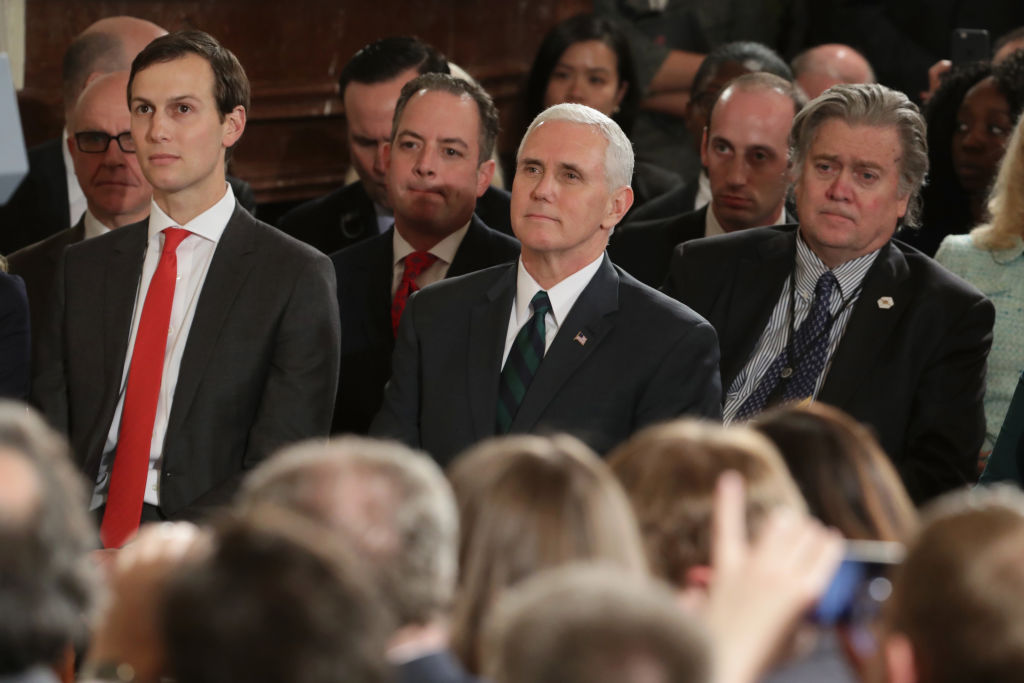 “The president though — the thinking is inside the White House — likely won’t have a big staff shake up before his first 100 days, fast approaching,” she finally stated. “He wants to see if this detente can really hold, but if it doesn’t, he may have to take action. We’ll have to see.”