Chelsea Clinton said she was “deeply saddened” by the sexism she encountered while traveling across the nation to campaign on behalf of Hillary Clinton.

“I’m not surprised. I’m deeply saddened,” Chelsea said during an interview for the cover of Variety. “I think it’s important for us to realize we can’t take progress for granted. Progress has to be continually defended as well as advanced. I think about this multiple times a day. It’s 2017, and we’re fighting again on fights that were settled a few years ago around gay rights, women’s reproductive health; fights to ensure we’re a country that’s always moving toward a more perfect union and not moving toward disunion, disunity, and segregation.”

“We’re really in peril of moving backward,” she added. “That’s not what I want for my children and their generation.” 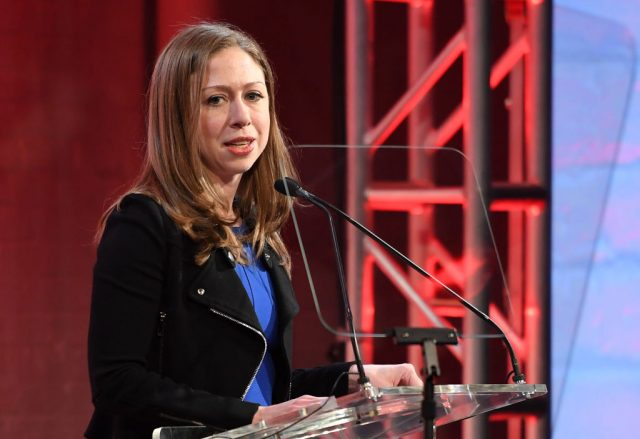 “I mean, that just has to be admitted,” Hillary said at the time. “And why and what the underlying reasons were is what I’m trying to parse out myself.”

In her interview, Chelsea was asked what she would tell the 66 million people who voted for her mother.

[dcquiz] “Everything that took you to the polls that day, hopefully takes you to the streets, takes you to social media, takes you into conversations at work, at home, wherever you may be — to talk about what’s really at risk in this moment,” she said. “Because I think everything is at risk.”

“Our fundamental rights, our fundamental security, are at risk. If you also believe that, raise your voice and help others raise their voices. If we don’t, we’re going to have a country that doesn’t look like the country that we live in today. This is not the time to be silent or stay on the sidelines.”