Costa is a Washington Post reporter and an MSNBC contributor and regularly appears on TV. He was reporting from Georgia covering a congressional race with MSNBC’s congressional reporter Kasie Hunt.

It was Peter Schorsch, publisher of FloridaPolitics.com who noticed Costa’s wan complexion. 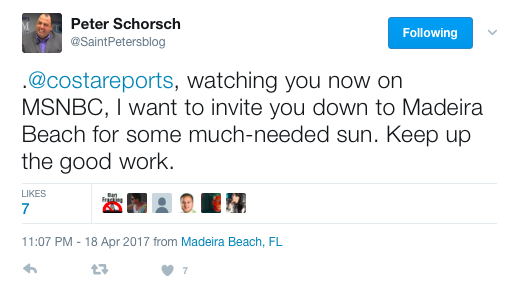