Through quiet negotiations and a change in tactics, Donald Trump was able to accomplish something that, in three years, Barack Obama never could: the release of an American aid worker who was imprisoned in Cairo for three years.

The worker, Aya Hijazi, flew home with her husband on an American aircraft Thursday night and went straight to the Oval Office the next morning to thank the president herself. 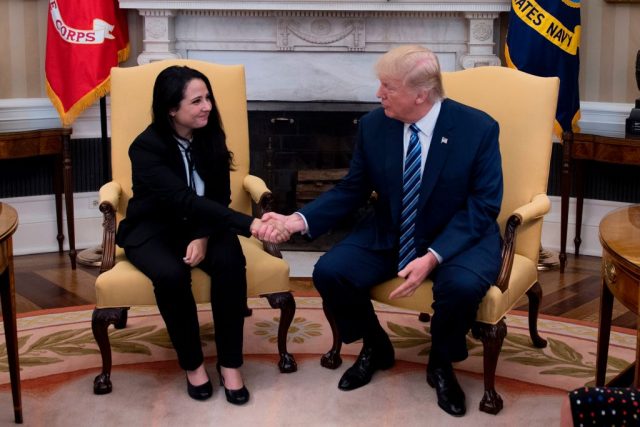 The White House downplayed Hijazi’s return so as not to embarrass the Egyptians, a prideful people. Though she was at the White House Friday, there was no public ceremony or remarks — just a flash of cameras in the Oval Office before reporters were quickly whisked out of the room. Press secretary Sean Spicer kept his comments to a minimum when he briefed reporters later.

In a dramatic break with the last eight years, Trump invited Egyptian President Abdel Fatah al-Sissi to the White House within the first 100 days of his presidency. The president, who many thought would have a diplomatic style that was pushy and blunt, wanted to rehabilitate the relationship between the two countries. 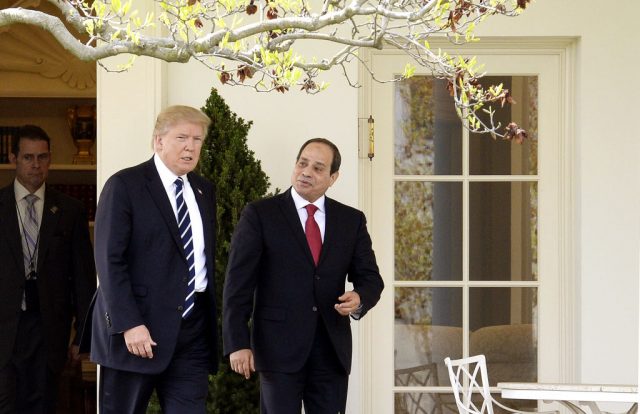 When Obama was in office, he refused to meet with Sissi. Members of his administration repeatedly admonished the country for its human rights record, and in 2013, Obama suspended hundreds of millions of dollars in assistance to the Egyptian military after Mohamed Morsy was ousted from office.

A senior administration official said this change in tactic is what brought Hijazi home this week.

“When Obama wouldn’t meet with him, but then publicly slammed him, it was a big freeze with him,” the official said. “He’s sitting there publicly bashing the Egyptians over and over again. And he doesn’t get invited here, there’s no real discussion, and there’s no relationship. Then Trump comes in, treats him with respect, has a dialogue, privately sits down — you know, there’s all this, ‘Are you gonna bring up human rights?’ — and I think Trump, behind the scenes, privately said, ‘Look, this has been a thing. I know we are going to be able to work together.’ And Sissi says, ‘I’ll tell you what I’m going to do. I’m going to let this go through the court process. If she’s convicted, I’ll pardon her. You’ll get your person back.'”

The official, who spoke with The Daily Caller on background Friday, said Sissi assured Trump at their meeting in Washington that Hijazi would be released.

“It’s about treating the guy with respect,” the official said. “The president’s style of diplomacy is vastly different. It’s amazing to see how many of these leaders who were shunned for eight years or not given respect…There is an overarching political difference.”

“It’s the opposite of what people want the narrative to be.” 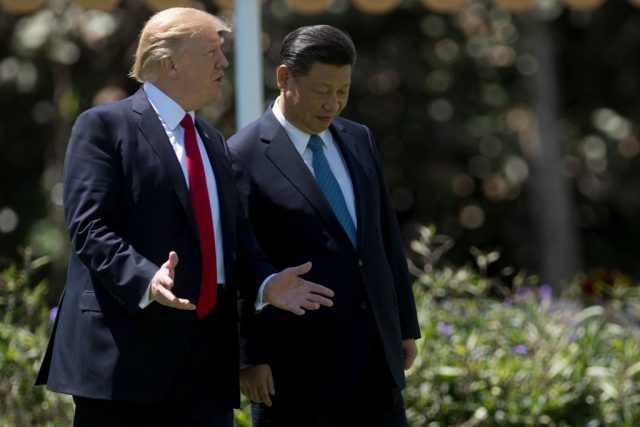 Sissi isn’t the first leader to be charmed by Trump.

Chinese President Xi Jinping spent more than 24 hours with him at his Mar-a-Lago estate in Palm Beach earlier this month. The two met for hours when they were supposed to meet for minutes, and even took time to tour the grounds together. He revealed to Jinping that he had carried out a targeted missile strike on a Syrian airfield over a slice of chocolate cake.

When the president was later accused of softening his stance on China when he said the country was no longer a currency manipulator — despite his promise to label them one during his campaign — Trump argued that it was because Jinping signaled he was willing to cooperate with the U.S. on confronting North Korea.

“What am I going to do?” Trump asked. “Start a trade war with China in the middle of him working on a bigger problem, frankly, with North Korea? So, I’m dealing with China with great respect. I have great respect of him. Now, maybe he won’t be able to help. I think that’s possible. That’s a whole different story.”

Obama was known for giving governments he didn’t like the cold shoulder. Maybe Trump’s plan is to kill them with kindness.