The Trump administration issued sanctions against Syria after a chemical attack in the country — which Donald Trump blamed on Bashar al-Assad — left more than 80 people dead.

Treasury Secretary Steven Mnuchin announced at the press briefing Monday that there will be 271 sanctions imposed on the employees of Syria’s Scientific Studies and Research Center, which Mnuchin said is responsible for building chemical weapons.

The sanctions come three weeks after the U.S. launched a missile attack against a Syrian airfield. 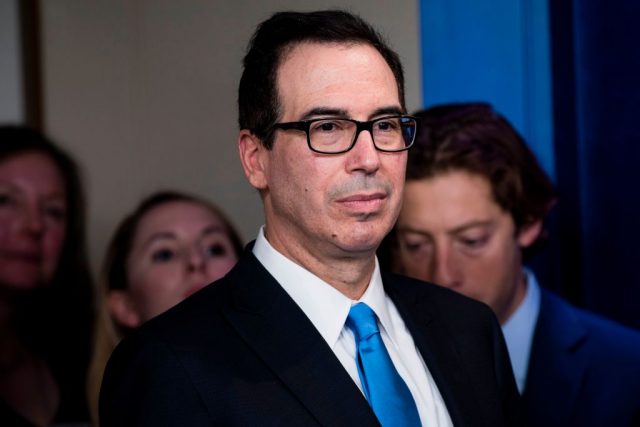 “The United States is sending a strong message with this action — that we will not tolerate the use of chemical weapons by any actor,” Mnuchin said. “Today’s action, less than three weeks after the attack, is one of the largest ever executed by OFAC. I can assure you when the U.S. puts out sanctions they have impact both here and throughout the world.”

The Treasury Department published a full list of the individual names of the employees who were sanctioned.