Ten years ago, a 24-year-old Scotsman convinced his best friend to quit slaving away on a small fishing boat and embark on the most successful venture of their young lives: BrewDog Brewery.

The story of BrewDog, a now multinational brewery worth a staggering $1 billion, begins with James Watt, his best friend Martin Dickie, some amateur brewing equipment (which the pair still use today to test out outrageous new recipes) and a desire to mimic some of their favorite beers.

“I was working on a fishing boat with my best friend Martin and our hobby was making beers at home,”  Watt, co-founder of BrewDog, told to The Daily Caller News Foundation. “We would try to copy our favorite American beers. At that time we loved Sierra Nevada Pale Ale, and we still do, so we started copying that at home.”

For years, brewing was nothing more than a past-time for the off-color pair, a way to blow off steam and enjoy some beer after a long day on the fishing boat. But a chance encounter with legendary beer expert Michael Jackson made Watts and Dickie consider brewing as more than just a hobby. As Watt quips, to say Jackson encouraged them to pursue brewing as a full-time profession wouldn’t be going far enough.

“He told us to quit our jobs and start making beer. We thought: ‘What the hell, let’s do it,’” Watt told TheDCNF. In 2007, the pair got a small bank loan, “some second hand tanks,” and set up shop with “two humans, one dog and a big mission to serve people as passionate about beer as we are.”

Watt and Dickie launched with two employees in 2007 and employs more than 540 in 2017. They started as the sole shareholders and now have more than 32,000 shareholders. What began as strictly a brewery boasts 44 bars worldwide under its banner in 2017. 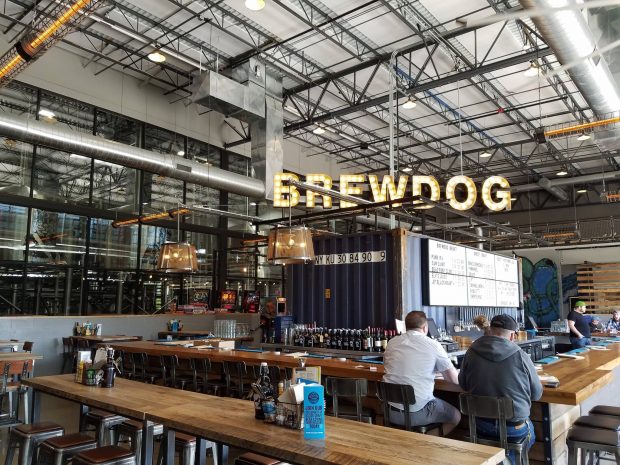 The craft beer scene is known for being wild and rather risky, but BrewDog takes that to a new level. Look no further than BrewDog’s prized specialty brew called “The End of History.”

“We wanted to make the strongest beer on the planet that people would have to drink like a whiskey or a cognac or a bourbon,” Watt told TheDCNF. Named for the famous philosopher Francis Fukuyama, The End Of History weighs in at 55 percent alcohol, and packs the punch of a top-shelf liquor.

Oh, and it also comes firmly sealed inside an animal carcass fresh from the taxidermy specialist. “We wanted to make a statement with the packaging as well. So we decided to fuse beer and taxidermy,” Watt said.

The pair brought the brewery to worldwide acclaim through self-promotion, in addition to its eccentric brewing methods and eccentric packaging. Watt started televising their brewing shenanigans and putting them online. People kept watching, so the videos kept coming.

“We started by doing loads of video blogs and putting them on our website,” Watt told TheDNCF. The pair conjure up outrageous and seemingly impossible stunts, such as brewing beer at the bottom of the sea, and film them. “It started catching attention online,” Watt said.

One day Watt got a phone call from television executives in the U.S. who thought they would be perfect for a show, but on one condition: The show had to include subtitles because their Scottish accents were too thick.

“We had to argue with them for two months before the show went live to not use subtitles, because they thought our Scottish accents were too thick for American viewers to understand,” Watt told TheDCNF. “We were able to convince them otherwise.”

Through the TV show, Watt was able to pique American interest in BrewDog, but he had no way of getting his beer to the American market in a cost-effective way that also provided quality control.

“The challenge was getting our beers from Scotland to the U.S., and keeping them fresh. It made them quite expensive. It was tough for us to tackle the U.S. market. At the same time with the TV show and our good following out here, we wanted to get our beers in the hands of Americans fresher and at a fairer price point. We also wanted to do something with a lower carbon footprint,” Watt told TheDCNF.

After an impromptu 24-hour visit to the home of the Ohio State Buckeye’s, Watt knew that Columbus was the perfect place to set up shop for a much awaited expansion into the U.S. market. Soon, the pair would be brewing beer in the U.S. just like some of their favorite brewers at Sierra Nevada. 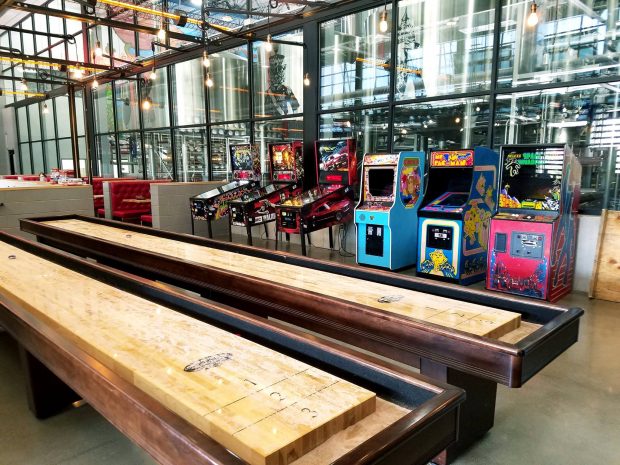 Watt plans to use the Columbus location mainly to bring BrewDog’s U.K. beers to American consumers. “About 90 percent of the beers we are going to make in Columbus will be the same we make in the U.K.,” Watt explained. “10 percent of the portfolio will be unique to Columbus.”

Watt and Dickie have a few surprises for thirsty Americans looking for some of that BrewDog spunk. Watt gave TheDCNF a sneak preview of the Columbus-specific varieties in store. 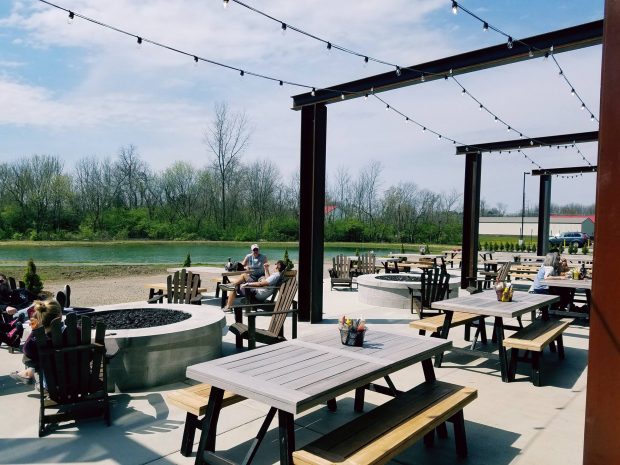 Along with doing a few to-be-disclosed collaborations with some of their favorite Ohio breweries, Watt says they will be launching a 12.5 percent Imperial Stout brewed with chocolate and coffee. Tapping into the India Pale Ale scene that brought American beer to the world stage, Watt also plans to brew an East Coast IPA, “which will be just made in Columbus as well.”

All the concoctions coming out of the sour beer facility will also be unique to the U.S. as well.

As far as further expansion is concerned, Watt has his sights set on Australia and Asia as potential points of growth in the future. For now, Watt says BrewDog is excited to be brewing beer in the U.S., the rest will come with time.