Donald Trump said he has no relationship with Barack Obama.

In an interview with “CBS This Morning” Monday, the president was asked about his relationship with his predecessor after he made claims on Twitter that the Obama administration ordered a wiretap against Trump Tower before the presidential election. 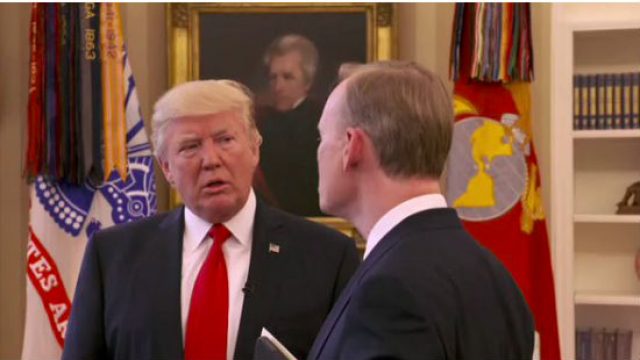 “You saw what happened with surveillance,” he continued. “I think that was inappropriate. Look, you can figure it out yourself. He was very nice to me with words and when I was with him, but after that there has been no relationship…”

“I think our side has been proven very strongly and everybody is talking about it,” he added. “Frankly, it should be discussed. I think that is a very big surveillance of our citizens. I think that’s a very big topic, and it’s a topic that should be number one. And we should find out what the hell is going on.”

"Words are less important to me than deeds." President Trump on why he now has "no relationship" w former President Obama. #WHThisMorning pic.twitter.com/16UimVudb3

In March, FBI Director James Comey said he has no evidence to support Trump’s claim that Barack Obama ordered a wiretap against Trump Tower before the presidential election.