The White House is pushing the new spending bill as a win for Republicans after gloating from Democrats over major concessions got under the president’s skin.

Congressional leaders reached an agreement Sunday night on a budget that would keep the government open through September and avoid a looming shutdown. Because the bill includes funding for Planned Parenthood, money to help Puerto Rico with a projected shortfall in Medicaid and restricts the allotted $1.5 billion for border security from going to the new wall, Democrats began touting it as a win. 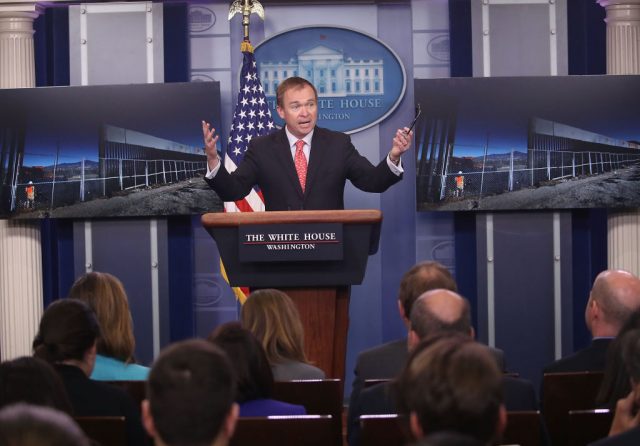 He threatened a government shutdown in September on Twitter Tuesday morning, and then trotted out his top officials to hawk the bill as a win during what is normally press secretary’s Sean Spicer’s time at the lectern.

“The president is frustrated that he negotiated with the Democrats and they went out and tried to spike the football and make him look bad,” Mulvaney said. “They wanted a shutdown.”

“What didn’t the Democrats get? There’s no Obamacare bailout money in this package. I’ve read that — go find it for me. It is not there. What the Democrats are telling you about that is false. There is absolutely no language in this package that requires us to make any Obamacare payments of any way shape or form as a result of this deal. Why are Democrats saying that? Because it’s what they told their base they would deliver and they failed to do that for their base.”

He said the Democrats’ claims that they got additional money for Puerto Rico is also false.

“There is no renewable energy subsidies,” he added. “We kept those out.”

“What they really didn’t get is this: they wanted a shutdown. We know that. They were desperate to make this administration look like we couldn’t function — like we couldn’t govern. We know a large part of their base, especially their left-wing base, wanted a shutdown and certainly didn’t want them to cut a deal with us. That’s why I think you’re seeing them crowing about their success. It’s in order to cover up for the fact that they actually cut a deal with President Trump, and President Trump did a tremendous job.”

Mulvaney was asked if it’s right to shut down the government simply because of how something is portrayed.

“If that was the case, we’d be vetoing this bill now,” he said. “I think what he’s foreshadowing is, ‘Look, this place has to change. The way we run the town has to be fixed. We have to do something. We cannot simply muddle along using the same models the previous administration has used.’ This is a change agent president, and he is going to change Washington, D.C. If it takes a shutdown, then that’s what it takes.”

“But again that’s several months away,” he added “We have a lot to do between now and then.”

A reporter pointed out that a compromise between Republicans and Democrats is what the American people want to see.

“It absolutely is, which is why it is so frustrating to have the Democrats go out and say they won and we lost. That’s not a bipartisan way to approach things.”

“I think we are going to give it a chance to work. I think we are actually trying to show that we can govern. We can do it effectively, and we have. We can also fund our priorities, which this does. Why would you shut it down when you can cut a fairly good deal for the American people and fund your priorities?”

“What you heard this morning was his sense of frustration over how he’s being mistreated by the Democrats on a bipartisan piece of legislation.” 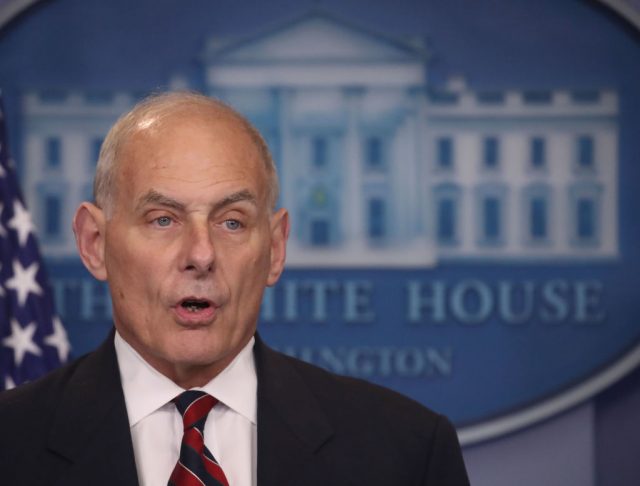 Homeland Security Secretary John Kelly, who also made an appearance at the briefing, said he was shocked by those in Congress who were “rejoicing” that construction for the border wall will be delayed.

“Frankly, I am shocked at the behavior of some individuals in public service or public office…they’re rejoicing in that the wall will be slower to be built and our southwest border will be less secure than it could be.” 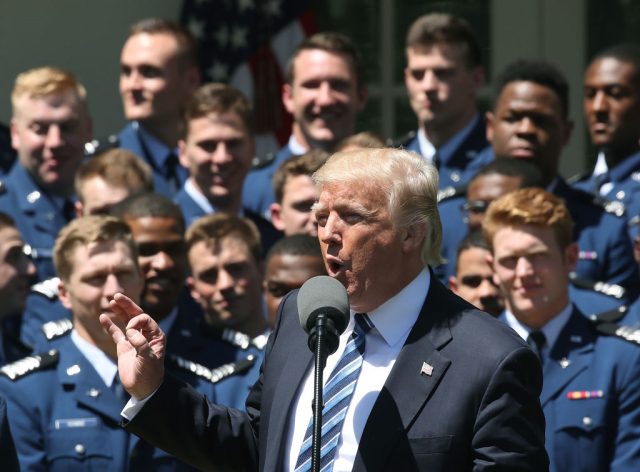 And even the president himself promoted it as a win in a ceremony meant to honor the Air Force Academy’s football team Tuesday.

“We have more money now for the border than we’ve gotten in ten years,” Trump said. “The Democrats didn’t tell you that. They forgot. In their notes, they forgot to tell you that. With enough money to make a down payment on the border wall. We’re putting up a lot of new wall in certain areas. We’re putting up a tremendous amount of money to fix the existing structures that we have, some of which we can keep into the future.”

“And make no mistake, we are beginning to build the wall.”