French presidential candidate Marine Le Pen said at the final debate Wednesday that France will be lead by a woman regardless of the election results — it just depends on whether it is Le Pen or German chancellor Angela Merkel.

Le Pen wants France to leave the European Union, promising a referendum on the matter if she were to win. The nationalist candidate has attacked Merkel throughout the election, as she believes Germany has inordinate power over the EU. “France will be led by a woman, either me or Mrs. Merkel,” Le Pen said. 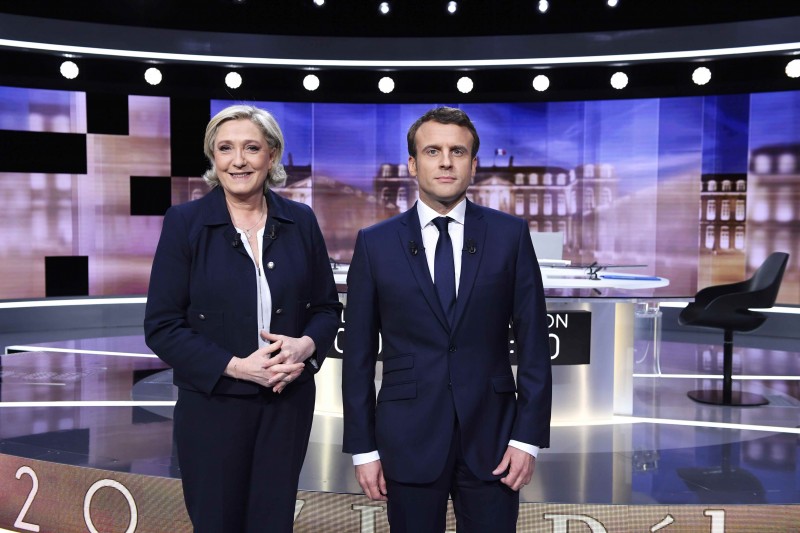 Candidates for the 2017 presidential election, Emmanuel Macron (R), head of the political movement En Marche !, or Onwards !, and Marine Le Pen, of the French National Front (FN) party, pose prior to the start of a live prime-time debate in the studios of French television station France 2, and French private station TF1 in La Plaine-Saint-Denis, near Paris, France, May 3, 2017. REUTERS/Eric Feferberg/Pool

She faced off against independent candidate Emmanuel Macron ahead of the Sunday election. Macron, a former banker, wants France to stay in the EU and said during the debate that Le Pen plays “with fear.”