The family of Caleb Schwab, the 10-year-old boy who was decapitated while riding a waterslide at a Kansas amusement park, will be awarded just under $20 million, according to a Thursday report from The Kansas City Star.

Caleb was enjoying the Verrückt water slide at Schlitterbahn, a popular water park in Kansas City, with two woman in August when his raft reportedly went airborne. Investigators believe the child’s head struck a netting system bolstered by metal poles, resulting in what police described as a fatal neck wound. Some riders reported problems with the straps meant to secure them in their seat and said they also went airborne, according to The Star.

The Schwab family, which includes a Kansas state representative, is being given $14 million from SVV 1 and KC Water Park, two companies associated with the water park company Schlitterbahn. $5 million will be provided by the contractor of the 17-story ride (believed to be a record for a height of a water slide), reports The Star. The manufacturer of the watercraft and the company that consulted in the construction of the ride will provide the remaining compensation, making the total awarded damages $19,732,125. 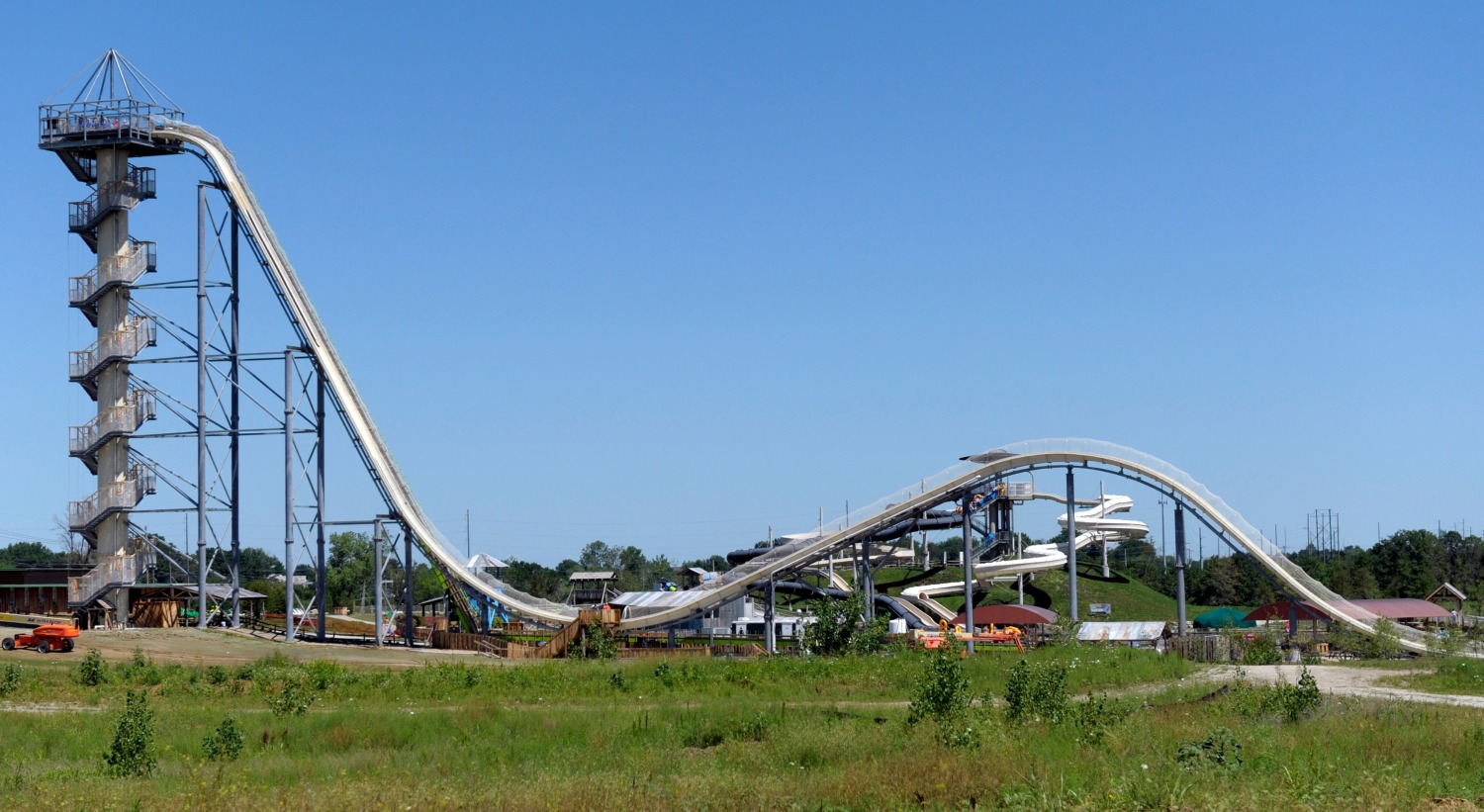 A general view of the Verrückt waterslide at the Schlitterbahn Waterpark in Kansas City, Kansas. The slide, at 168 feet 7 inches (51.38 meters), is the world’s tallest waterslide according to the Guinness World Records. It has had its opening postponed three times. [REUTERS/Dave Kaup]

“I would be shocked if there was a bigger one than that,” Roger Nail, a Kansas city trial attorney told The Star, referring to the massive compensation sum.

The two other riders suffered severe facial injures, and also settled with the companies involved in the making and implementation of Verrückt. They demanded that the waterslide be decommissioned and eventually tore down before they started any other negotiations.

News of the settlements for the Schwab family was reported both in January and April, but the amounts were not disclosed or fully hashed out.

Four people brutally died at an Australian amusement park in October after apparently being pulverized by a watercraft.

Theme park staff and responding paramedics perceived the injuries as so severe that Gavin Fuller of Queensland Ambulance described it simply as “incompatible with living,” according to news.com.au.