“While I greatly appreciate you informing me, on three separate occasions, that I am not under investigation, I nevertheless concur with the judgment of the Department of Justice that you are not able to effectively lead the bureau,” Trump said in a letter to Comey that was dated Tuesday. “It is essential that we find new leadership for the F.B.I. that restores public trust and confidence in its vital law enforcement mission.”

“You are hereby terminated and removed from office, effective immediately.” 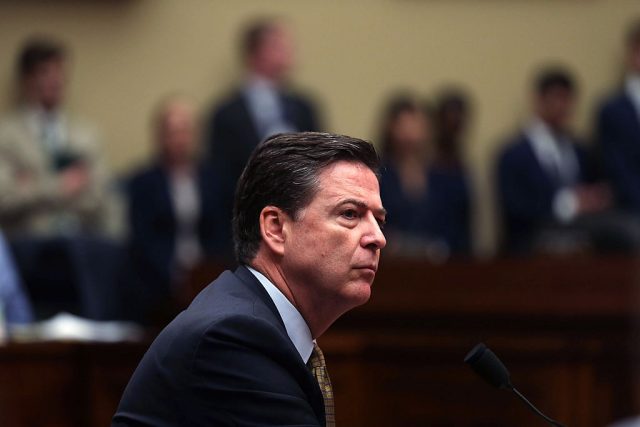 In a separate statement, Sean Spicer said: “The president has accepted the recommendation of the Attorney General and the deputy Attorney General regarding the dismissal of the director of the Federal Bureau of Investigation.”

“The FBI is one of our Nation’s most cherished and respected institutions and today will mark a new beginning for our crown jewel of law enforcement,” the president also said in another statement issued Tuesday.

“As you and I have discussed, however, I cannot defend the director’s handling of the conclusion of the investigation of secretary Clinton’s emails, and I do not understand his refusal to accept the nearly-universal judgement that he was mistaken,” Rosenstein wrote. “Almost everyone agrees that the Director made serious mistakes; it is one of the few issues that unites people of diverse perspective.”

Sessions agreed: “I have concluded that a fresh start is needed at the leadership of the FBI. I must recommend that you remove Director James B. Comey, Jr. and identify an experienced and qualified individual to lead the great men and women of the FBI.” 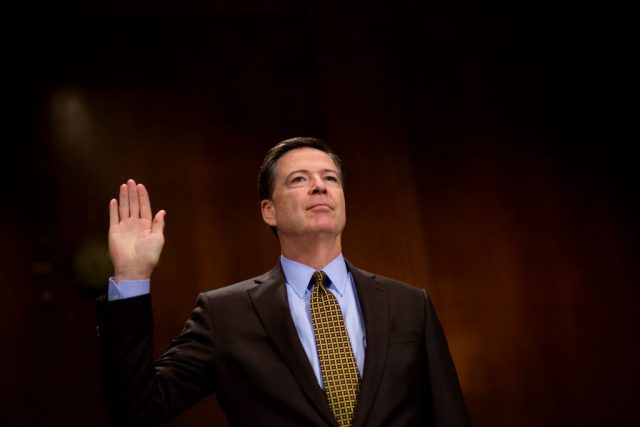 Reports surfaced this week that Comey made a false claim about former Hillary Clinton aide Huma Abedin in a Senate hearing last week when he said she “forwarded hundreds and thousands of emails, some of which contain classified information” to a laptop owned by her husband Anthony Weiner. A letter issued by the FBI Tuesday said it was “reasonable to conclude” that most of the emails found on Weiner’s laptop that were related to the Clinton investigation had occurred as a result of backing up personal electronic devices.

Spicer was asked at the daily press briefing Tuesday if the White House was concerned about Comey’s inaccurate testimony.

“At this point, I have not asked and I’m not fully aware of this,” Spicer said. “I mean, I’m aware of the testimony that occurred and the inquiries, but I have yet to follow up on that, and I’d be glad to follow up.”

When asked if Comey still had the full confidence of Trump, Spicer said: “I have no reason to believe — I haven’t asked him. So I don’t — I have not asked the President since the last time we spoke about this.”

Comey served as the deputy attorney general during the George W. Bush administration.