“Is the White House besieged by crisis, or is President Trump besieged by the media attempting a sort of coup?” Berman posed to his CNN audience. “It really all depends on where you turn your dial to get your news. This is according to a new study from the Harvard Shorenstein Center on Media Politics that analyzed news coverage of the President’s first 100 days and found that the coverage quote ‘set a new standard for unfavorable coverage of a President, with Fox News being the only outlet where the majority of the coverage was positive.” 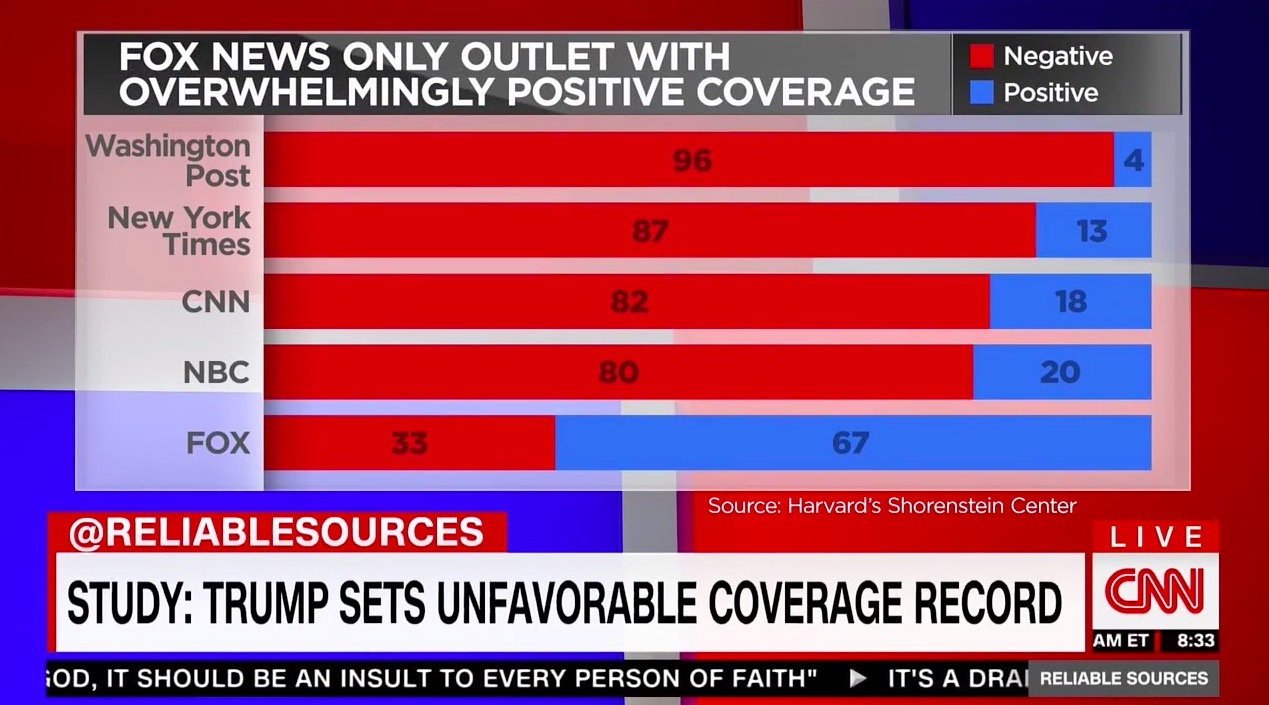 Those numbers only reflect a portion of the study’s findings, specifically the breakdown of news reports regarding the president’s fitness for office. 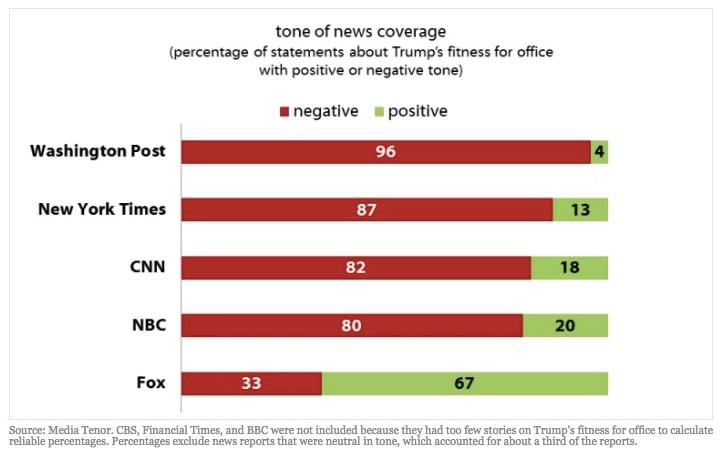 While the study found that Fox News did provide the most favorable coverage of all television outlets, the split was much more fair and balanced, with 52 percent of the network’s reporting featuring a “negative” tone while only 48 percent was “positive.” 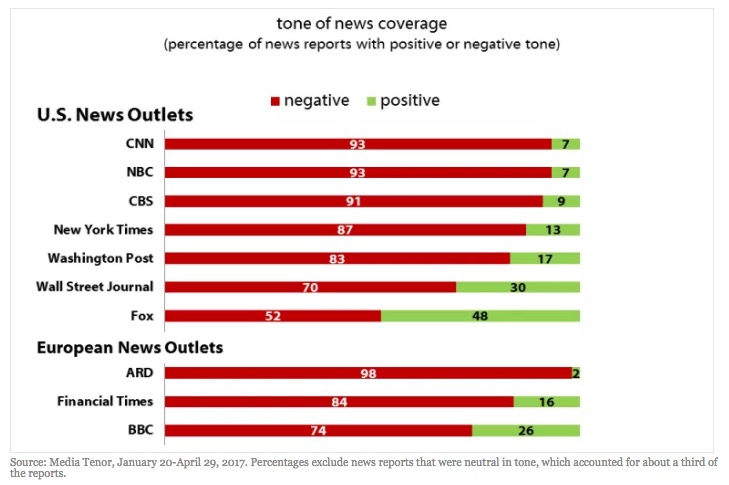 CNN’s coverage of the president betrays a much more biased slant, with a whopping 93 percent of the content featuring a “negative” spin.

So much for being “Reliable Sources.”