S&W rolled out the new M&P M2.0 pistol for the public last January. The 9mm is an improvement on the original M&P polymer pistol line because it is built on a new platform, changing the trigger, grip, frame and finish. On the new model, the slide release is bilateral, which lefties will love. The magazine release also can be changed over for a leftie.

In another change from the old days and ways of the original M&P series, the new stainless steel slide offers additional serrations near the takedown cutout, which makes it lighter and gives another place to grasp.

On the frame, the new design of this striker-fire-semi-auto pistol allows you to see how the extended stainless-steel chassis is embedded. The rigidity of the new chassis means the gun does not flex and bend as much upon firing, which means less felt recoil. That’s something that the women’s market notices and appreciates.

Other Reasons Women Will Want This Gun

The trigger got an overhaul from the old days, too. Here’s how Smith & Wesson describes it: “The M&P M2.0 pistol further improves performance with a fine-tuned, crisper trigger, lighter pull and a tactile and audible reset.” Competition shooters will love this feature.

Smith & Wesson’s engineers changed the grip somewhat to create a “high grip,” and that means less muzzle flip, which also means a faster return on a target. They kept the popular 18-degree grip angle and the palmswell inserts, now in 4 sizes instead of 3. They extended the stippling effect around the entire grip, and made it more aggressive. It feels like a fine grade of sandpaper. Some people love it, and others are concerned that it might wear out their holsters. Time will tell.

The gun still has an Armornite® durable corrosion resistant finish – so it makes a great carry gun, especially in hot climates.

It comes matte black or FDE – Flat Dark Earth – finishes, along with 2 magazines, a limited lifetime warranty, manual and a lifetime service policy.

I brought this gun to a women’s shooting event, where several members of the local The Well Armed Woman shot the gun at targets from 10 to 25 yards – on paper and metal. The women appreciated the less felt recoil, as they had other guns to compare this one to on that day. They also felt that the gun wouldn’t slip from their hands, because of the aggressive grip texture.

I had an ulterior motive to sharing this gun with that tribe … they helped break it in with a few extra hundred rounds. So now, with about 300 rounds through it, I could work with it on the range and put at least 400 more – from target to personal defense ammo – through it. It did not have a single malfunction, unless it loaded PHD ammo. (Note: My Remington RP9 didn’t like this ammo, either.)

I shot it from close quarters, after a pull from a bag, and up to 50 yards, as if in a competition shoot. The things I like about this gun are its balance and weight. When you pull it, the gun works as an extension of your arm and hand. It is more than a tool; it becomes part of you – ready to compete or defend.

For self-protectors, that’s an especially important feature. Backed by the Smith & Wesson lifetime guarantee, users can be assured that the company and brand stand behind this product, too. 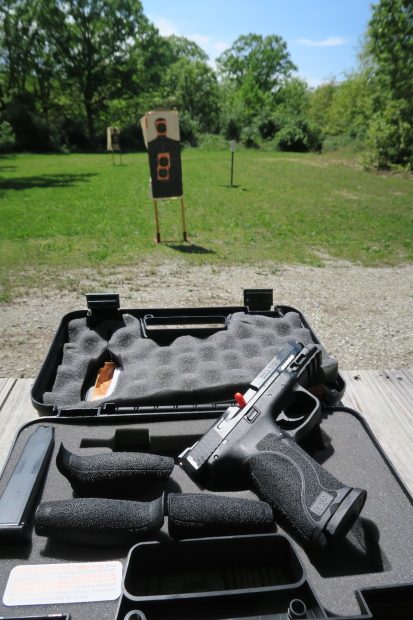 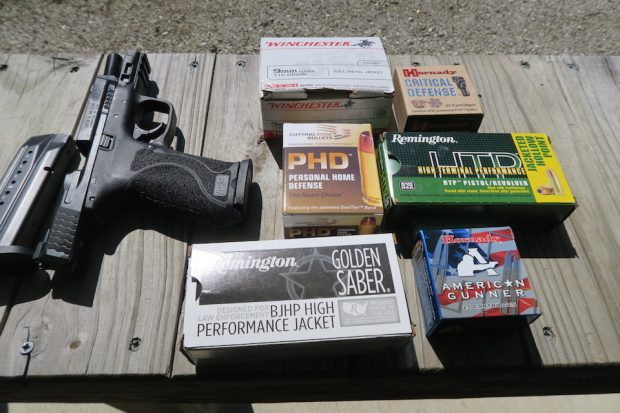 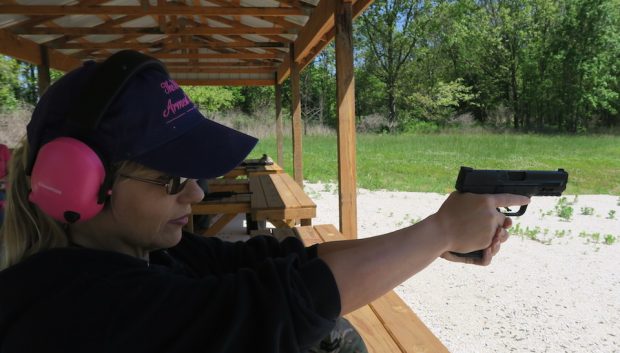