Donald Trump pledged that those in his administration who are leaking sensitive information will be “prosecuted to the fullest extent of the law.”

In a statement Thursday, the president said he has asked the Department of Justice to launch “a complete review” into leaks, which he finds “deeply troubling” because they pose “a grave threat” to national security. 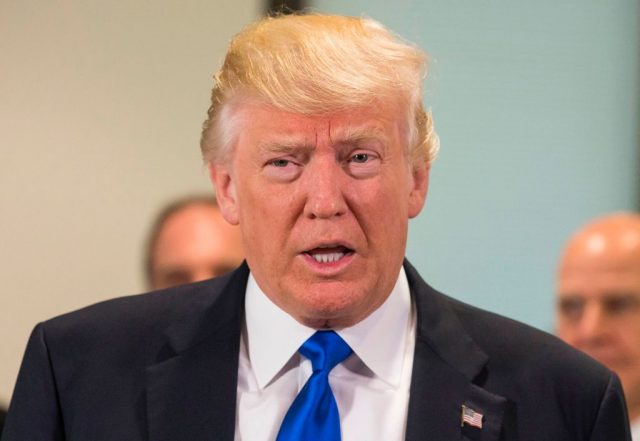 “These leaks have been going on for a long time and my Administration will get to the bottom of this,” Trump said in the statement. “I am asking the Department of Justice and other relevant agencies to launch a complete review of this matter, and if appropriate, the culprit should be prosecuted to the fullest extent of the law.”

Attorney General Jeff Sessions echoed Trump’s outrage over leaks in a separate statement: “I share the president’s deep concern and talked to Home Secretary Rudd yesterday about this matter. These leaks cannot be tolerated and we will make every effort to put an end to it. We have already initiated appropriate steps to address these rampant leaks that undermine our national security.”

After the New York Times published official police photographs taken at the scene of Monday night’s bombing at the Manchester Arena — showing shrapnel, a detonator and a battery — the BBC reported that British police would stop sharing intelligence with the U.S. because “UK officials were outraged.”

British Prime Minister Theresa May said she would raise these leaks when she met with Trump at the NATO summit.

“I will be making clear to President Trump today that intelligence that is shared between law enforcement agencies must remain secure,” she told reporters.

At the end of his written statement, Trump addressed May’s remarks on leaks: “There is no relationship we cherish more than the special relationship between the United States and the United Kingdom.”