Donald Trump honored fallen soldiers and their families, who he called “special, special people,” at the Arlington National Cemetery during a Memorial Day ceremony Monday.

“Words cannot measure the depth of their devotion, the purity of their love or the totality of their courage,” Trump said. “We only hope that every day we can prove worthy, not only of their sacrifice, but of the sacrifice made by the families and loved ones they left behind.”

“Their legacy will endure forever.” 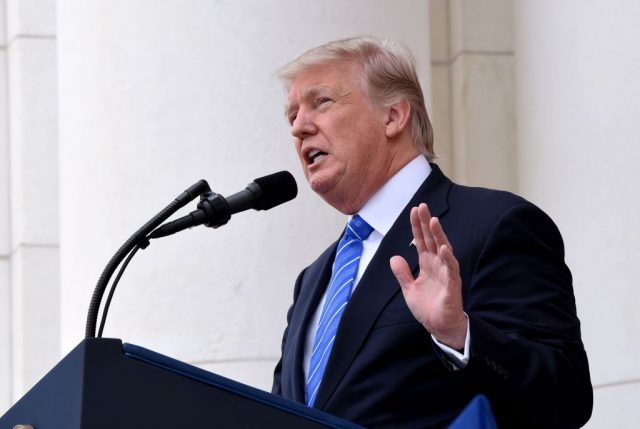 “Since the first volley of gunfire in the revolution, brave Americans in every generation have answered the call of duty. Today, a new generation of American patriots are fighting to win the battle against terrorism.”

“To every Gold Star family, God is with you, and your loved ones are with him. They died in war so we could live in peace. I believe God has a special place in Heaven for those who lay down their lives so others may live free from fear and this horrible oppression. Now, let us pledge to make the most of that freedom that they so gallantly fought for, and they died to protect.”

Trump also paid tribute to service members who have died without being identified.

“We do know what they did,” he said. “They fought and they died in a noble act of loyalty and love to their families and to our country.” 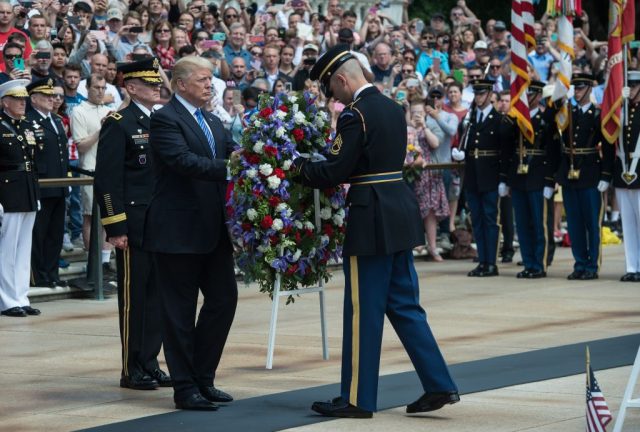 Earlier in the day, Trump participated in a wreath-laying ceremony at the Tomb of the Unknown Soldier.