Melania Trump questioned Kathy Griffin’s mental health in a blistering statement after she posted a photo of her holding a bloodied, decapitated version of President Trump’s head.

“As a mother, a wife, and a human being, that photo is very disturbing,” the first lady said in a statement Wednesday. “When you consider some of the atrocities happening in the world today, a photo opportunity like this is simply wrong and makes you wonder about the mental health of the person who did it.” 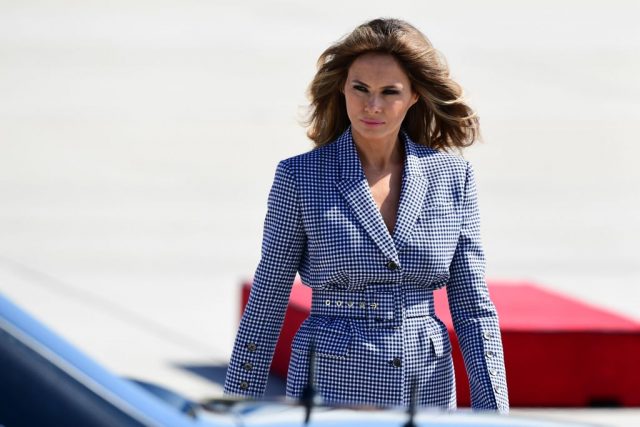 Trump said his children were also disturbed by the image: “Kathy Griffin should be ashamed of herself. My children, especially my 11 year old son, Barron, are having a hard time with this. Sick!”

Kathy Griffin should be ashamed of herself. My children, especially my 11 year old son, Barron, are having a hard time with this. Sick!

Griffin sparked outrage Tuesday after the graphic photos surfaced. Though she initially defended the photos, she later deleted her tweets and apologized for going “too far.”

“The image is too disturbing,” Griffin said. “I understand how it offends people. It wasn’t funny. I get it…I sincerely apologize.”

I am sorry. I went too far. I was wrong. pic.twitter.com/LBKvqf9xFB