London Mayor Sadiq Khan suggested canceling President Trump’s state visit after he criticized him for the way he responded to the terror attack on the London Bridge.

“I don’t think we should roll out the red carpet to the president of the USA in the circumstances where his policies go against everything we stand for,” Khan said in an interview with a British news channel Monday.

“When you have a special relationship it is no different from when you have got a close mate. You stand with them in times of adversity, but you call them out when they are wrong. There are many things about which Donald Trump is wrong.” (RELATED: Trump Criticizes ‘Pathetic’ London Mayor After Quoting Him Out Of Context) 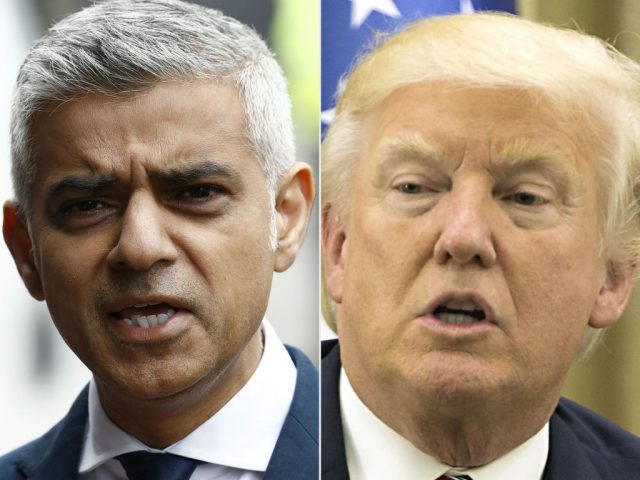 After three men drove a van into pedestrians on the London Bridge Saturday and went on a stabbing spree, Trump misquoted Khan in a tweet and implied that the mayor was downplaying the danger of the situation.

Though Khan told Londoners not to be alarmed by the increased police presence in the days ahead, Trump tweeted: “At least 7 dead and 48 wounded in terror attack and Mayor of London says there is ‘no reason to be alarmed!’”

At least 7 dead and 48 wounded in terror attack and Mayor of London says there is “no reason to be alarmed!”

Trump doubled down on his remark Monday.

Pathetic excuse by London Mayor Sadiq Khan who had to think fast on his “no reason to be alarmed” statement. MSM is working hard to sell it!

An ABC News reporter asked Deputy Press Secretary Sarah Sanders at the briefing Monday why Trump was trying to pick a fight with Kahn.

“I don’t think that’s actually true,” Sanders said. “I think the media wants to spin it that way. I think the point is there is a reason to be alarmed. We have constant attacks going on, not just there, but across the globe.”

.@SHSanders45 tells @jonkarl that Pres. Trump did not misrepresent London mayor’s comments: “I think the media wants to spin it that way.” pic.twitter.com/JF5KxcxVzH