Even for washed up daytime talk show host Montel Williams, this is low.

On Wednesday morning, after House GOP Whip Steve Scalise (R-La.) received a gunshot wound at a Republican baseball practice in Alexandria, Va., Williams went on his favorite medium — Twitter — and blasted Rep. Mo Brooks, a GOP lawmaker from Alabama, who was at the practice. Right after that, Williams absurdly called for prayers for everyone who was injured and for people to think about what’s really important at a time like this.

Which presumably is not politics. 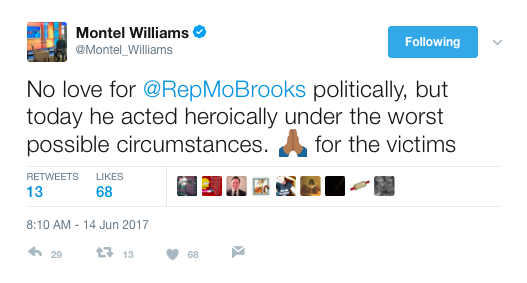 Then, when a Daily Caller reporter, Derek Hunter, called him out, Williams opted to trash The Daily Caller. 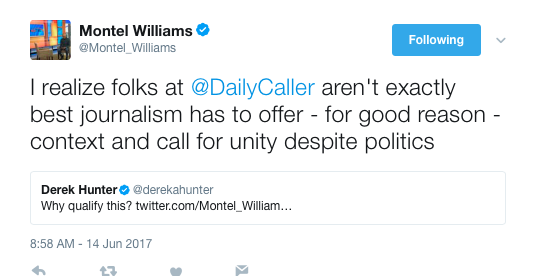 Just when you think Williams couldn’t surpass himself as a greater imbecile, he reminds people to not get distracted by stupid things like, you know, badmouthing a congressman after he just got shot in the hip.

Just an observation, but the common denominator in all of this is pothead Montel Williams.

Correction: The Mirror originally stated that Montel insulted the House Whip. However, he pointedly insulted Rep. Mo Brooks (R-Ala.), not specifically Scalise. I regret the error.