James T. Hodgkinson, the shooter who opened fire on dozens of Republican congressmen and staffers at a baseball practice in Alexandria, Virginia, on Wednesday, had a list of Republican names in his pocket that was recovered by the FBI, The Daily Caller has learned.

The news that the shooter had a list of names suggests the shooting was not a random outburst, but instead appears to be a premeditated political assassination.

The list was written out on notepad paper and found in the shooter’s pocket, according to multiple sources with intimate knowledge of the situation, who spoke on condition of anonymity, citing the sensitivity of the investigation. The list of names included Alabama Rep. Mo Brooks, South Carolina Rep. Jeff Duncan and Arizona Rep. Trent Franks, TheDC has confirmed. Fox News reported after this story that Ohio Rep. Jim Jordan, Tennessee Rep. Scott DesJarlais and Virginia Rep. Morgan Griffith are also on the list. All six congressmen are members of the House Freedom Caucus, which contains the lower chamber’s most conservative members.

The FBI has contacted the congressmen to inform them of their inclusion on the list. Rep. Franks confirmed to Fox News that law enforcement officials have told him he is on the list.

“For those still wondering, he didn’t hate baseball or beautiful summer mornings in June,” White House counselor Kellyanne Conway said in reference to this article. “He hated Republicans.”

The FBI’s Washington field office, which is handling the investigation, provided no comment, citing the ongoing investigation.

Duncan said he spoke with Hodgkinson briefly before the shooting, when the would-be assassin asked him in the parking lot if the players on the field were Republicans or Democrats. Duncan said he answered that the players were Republicans, before leaving the field. Brooks was still present on the field when Hodgkinson began shooting with a rifle, wounding four people including House Majority Whip Steve Scalise. The gunman died after being shot by a member of Scalise’s security detail. 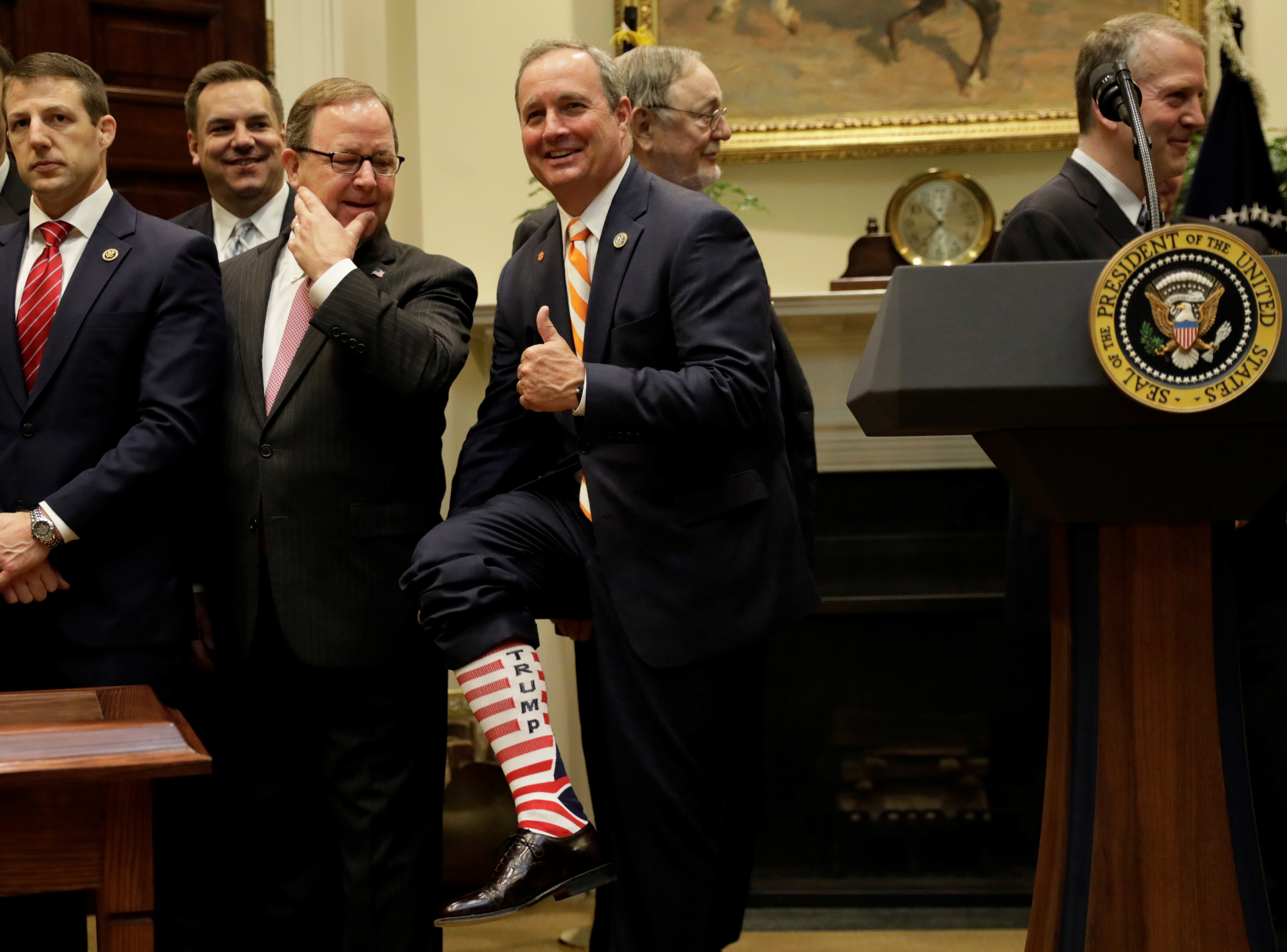 Rep. Jeff Duncan (R-SC) rolls up his pant leg to reveal a Trump sock at an event where U.S. President Donald Trump signed an executive order to expand drilling for oil at the White House in Washington, U.S., April 28, 2017. REUTERS/Kevin Lamarque – RTS14D12

The FBI also recovered a cell phone, a computer and a camera in the shooter’s van and is processing the items, according to a statement the agency issued on Thursday.

A 66-year-old progressive who volunteered on Vermont Sen. Bernie Sanders’ campaign, Hodgkinson’s social media profile was filled with violent-sounding rhetoric against the Republican Party. “It’s Time to Destroy Trump & Co,” Hodgkinson wrote in one post. He also belonged to several anti-GOP groups on Facebook, including one called “Terminate The Republican Party.” The members of that group celebrated Hodgkinson’s mass assassination attempt. (RELATED: Shooting At GOP Baseball Practice Latest In Pattern Of Violence Against Republicans)

He spewed left-wing talking points on Facebook, consistently railing against Republicans and the wealthy.

“We all know that the rich don’t pay enough taxes,” he wrote in one letter to the editor of his local paper. “I have never said ‘life sucks,’ only the policies of the Republicans,” he wrote in another. 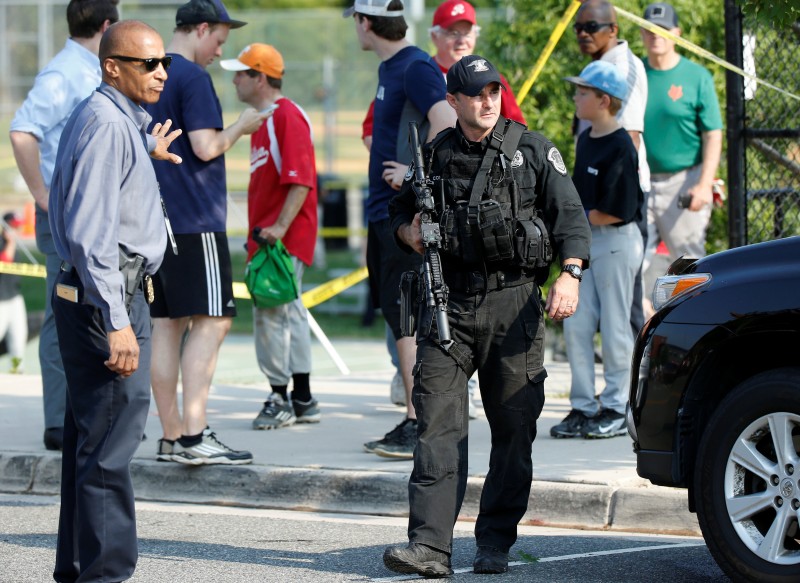 Police investigate a shooting scene after a gunman opened fire on Republican members of Congress during a baseball practice near Washington in Alexandria, Virginia, June 14, 2017. REUTERS/Joshua Roberts

Hodgkinson’s widow, Suzanne Hodgkinson, said Thursday afternoon that she had “no idea” he was going to carry out the murders. James told her that he was going to Washington, D.C. to “work on taxes” and “change the tax brackets,” she said.

“I have just been informed that the alleged shooter at the Republican baseball practice is someone who apparently volunteered on my presidential campaign. I am sickened by this despicable act,” Sanders said in a prepared statement on Wednesday. “Let me be as clear as I can be. Violence of any kind is unacceptable in our society and I condemn this action in the strongest possible terms.”

This article has been updated to include Fox News’ reporting on the list as well as Conway’s comment.