Dennis Rodman and his agent are taking responsibility for Otto Warmbier’s release from North Korea.

During the former NBA star’s most recent visit to the communist country Rodman claims he and his representatives asked for the American college student’s release. Rodman defended his friendship with Kim Jong Un during an interview with ABC News during which his agent claimed Rodman’s urging led to Warmbier’s return to the United States.

When asked about the the University of Virginia student’s release and tragic death days later, Rodman said they were glad something good came from his visit.

“I was just so happy to see the kid released,” Rodman told “Good Morning America’s” Michael Strahan. “Later that day, that’s when we found out he was ill, no one knew that. We jumped up and down … Some good things came of this trip.”

Rodman said he didn’t know he would be the person to ensure Warmbier’s release, but his agent Chris Volo was certain he played a role in his returning home.

“I know being there had something to do with it,” Volo claimed. “Because when I was organizing the trip — and I meet with the delegates here, you know — I addressed Otto Warmbier. And I said to them, ‘We would need some type of good faith if we’re ever going to do some type of future sports relations.”

“They said they understood,” Volo added. 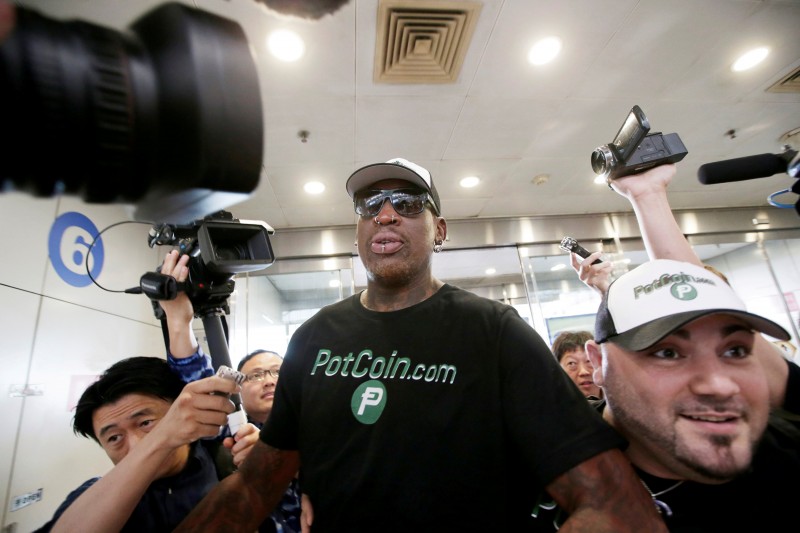 Strahan pressed Rodman on his relationship with the North Korean dictator and asked how he could be friends with someone who allowed Warmbier to be treated the way he was. Rodman got emotional discussing the college student’s unfortunate death but defended Kim again and said their relationship is worth it despite all the criticism it brings.