If there’s one magazine that knows how to bruise your ego it’s ESPN The Magazine’s BODY Issue.

For eight years the magazine has reminded the average viewer that they should probably hit the gym and lay off the carbs by featuring dozens of powerful athletes in nude and semi-nude photographs. On Monday, the magazine announced the 23 illustrious athletes who will be featured in this years ninth edition – and it’s pretty damn good.

The face of the magazine will be the Dallas Cowboys 21-year-old running back Ezekiel Elliot, The Washington Post reported. The athlete, who had a dynamite rookie year with 1,631 rushing yards and 15 touchdowns, is posed nude with his knee pulled up toward his chest and a football in arm. Ezekiel’s physique is complimented by the water laminating his strong build.

“I don’t know if people really understand how much work we put into our craft,” Elliot told ESPN reporter Morty Ain. “We play such a brutal game. Working out by itself is a hard task, but keeping our body together is tough because we play this brutal sport week in and week out.”

The magazine, which aims to “celebrate and showcase the athletic form through powerful images and interviews” has a rockstar line up this year and I’ve decided to create a definitive top 10 list of who readers should be most excited to see in this issue.

The final four athletes included in the 2017 edition are Ashley Wagner, the figure skating Olympic bronze medalist, Nneka Ogwumike, the 2016 WNBA MVP who plays for the Los Angeles Sparks, Gus Kenworthy, the freestyle skiing Olympic silver medalist and Malakai Fekitoa, the rugby player for the New Zealand All Blacks.

The issue will debut on ESPN.com on July 5 and be available in print on July 7. 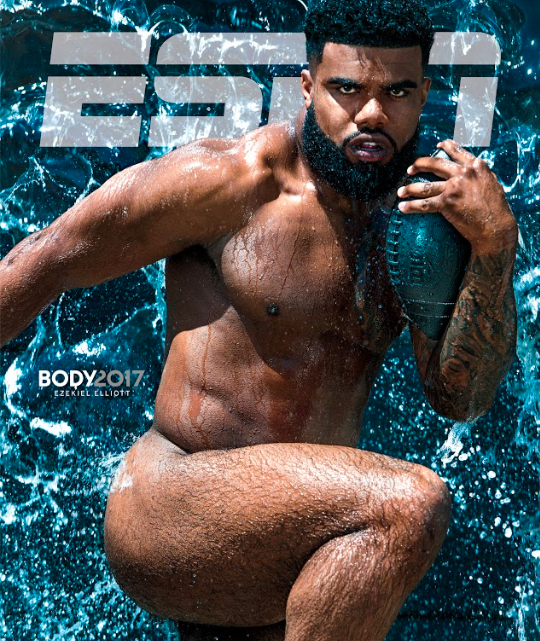