A California woman claimed that the Republican de-funding of Planned Parenthood would force her to travel to Mexico to see a gynecologist.

Ariana Gonzalez, a mother of two and regular visitor to her local Planned Parenthood, believes that once the Republican Obamacare repeal passes and de-funds Planned Parenthood, her local clinic will shut down permanently, CNN reported Monday. Her only other option would be to trek over the border to see a doctor in Mexico, Gonzalez claimed.

“If [Planned Parenthood’s] doors are shut, you’ll be driving your own constituents to an entirely different country in search of health care, and that’s not America,” she told CNN. “I don’t think that’s who we are as a country.”

There’s a couple of problems with Gonzalez’s claim that Planned Parenthood shutting down will lead to Americans fleeing the country to get healthcare elsewhere. There are plenty of health clinics in Imperial County, like the Brawley Open Access Health Center and the Clinicas De Salud Del Pueblo Inc., that do offer women’s health services. 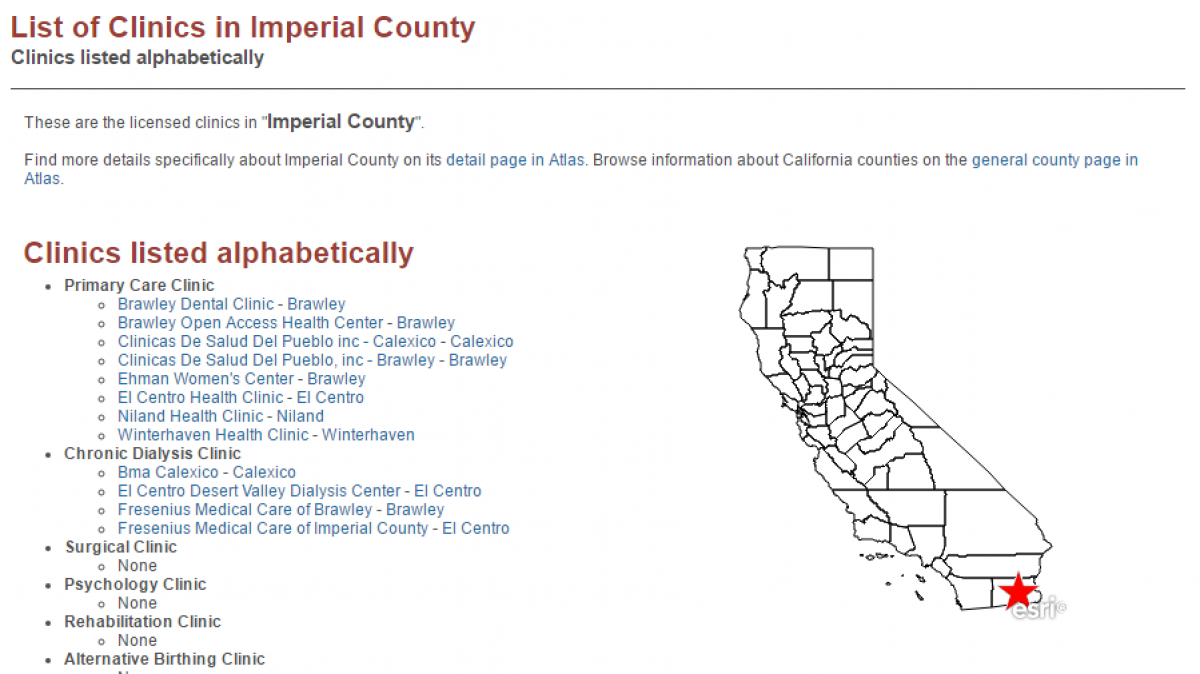 Those clinics offer services like gynecological exams, prenatal care, birth control and family planning services, making travel to Mexico unnecessary. Planned Parenthood, on the other hand, specializes in providing birth control and abortions, but typically refers women to other providers for services like mammograms or prenatal care. Planned Parenthood clinics were responsible for 30 percent of abortions in 2014.

CNN conceded this point in the writeup, noting that Planned Parenthood isn’t the only provider of health services for women, but adds that those clinics might initially struggle to absorb Planned Parenthood’s clientele.

Gonzalez also addresses this point, conceding that there is a community health clinic in her neighborhood. However, she felt that the health clinic wouldn’t be useful to her because the wait time was too long. She took her son there and had to wait four hours before she could see a doctor.

As for longer wait times, both Planned Parenthood and driving to Mexico are a little impractical. Though Gonzalez says she only waits 30 minutes at her local abortion clinic, the average wait time for a Planned Parenthood Orange County appointment, a different area from Gonzalez,  is one to two hours and the wait for walk-in is two to three hours.

Gonzalez herself said that she and her husband sat for three hours at the California border when they made a trip to a Mexican doctor years before their local Planned Parenthood opened.

While Gonzalez may prefer to spend almost three hours traveling to Mexico, there’s not much evidence here to suggest that it’s her only option, or that women in California are going to be forced to embark on a mass exodus across the border anytime soon.