“The line is being misinterpreted. It was intended only to mean we made no agreements/the man about his identity.”

From his story (no links for losers):

“CNN is not publishing ‘HanA**holeSolo’s’ name because he is a private citizen who has issued an extensive statement of apology, showed his remorse by saying he has taken down all his offending posts, and because he said he is not going to repeat this ugly behavior on social media again. In addition, he said his statement could serve as an example to others not to do the same. CNN reserves the right to publish his identity should any of that change.”

“As we celebrate 241 yrs. of this great experiment, we pray our cherished democracy withstands most ignorant & corrupt POTUS in US history.” — Rob Reiner, Hollywood filmmaker.

“So @CNN is blackmailing a source. Wonder if @brianstelter will defend @KFILE doing that. What a way to spend the 4th.” — Joel Pollak, Breitbart News‘s California bureau senior editor-at-large.

“What the hell were you thinking, CNN?” — Adams. Read his hit piece here.

“Resist this assholes! Proud to be an American!”

She posted that eloquent tweet with the following photograph of herself: 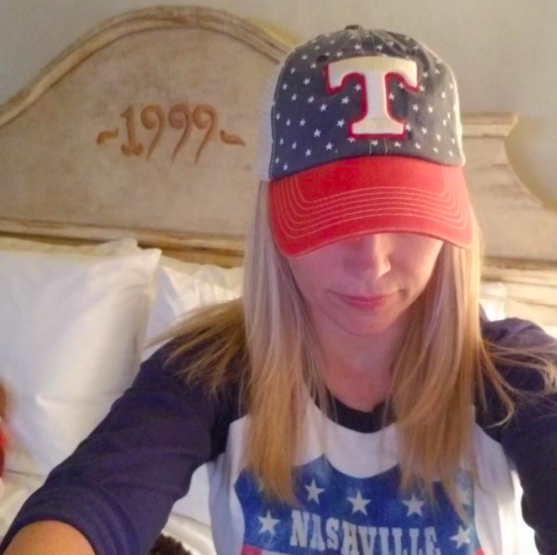 IJR is relieved it hasn’t done anything stupid lately

“You really should have taken my advice and had that beer, @CNN. Appalling. #CNNBlackmail” — IJR editor Michelle Ray.

Journo pities dogs on the 4th of July

“tbh I just feel bad for all the scared dogs during the fireworks.” — Joe Perticone, freelance writer, formerly with IJR.

Peritcone is already sick of ‘HanAssholeSolo’ — the Reddit scoundrel– who emerged Wednesday: “HanAssholeSolo is easily this season’s worst character and his story arch is being dragged on way too long.”

“Freedom is never more than one generation away from extinction. It must be fought for, protected, and handed on for them to do the same. …I have felt blessed to be an American every day of my life. I hope one day that every American feels the same.” –MSNBC’s Joe Scarborough.

President Trump: “Will be speaking with Italy this morning!”

MSNBC’s Lawrence O’Donnell: “No you won’t. You’ll be speaking to a person whose name you don’t know or can’t spell.”

“Anger. Division. Hatred. Nationwide distrust of those with different points of view. These things are not just entertaining and useful for petty web traffic. They also form the conditions for some amazing political writing. Say what you will about Big League Politics, but no one can accuse of slouching towards Bethlehem when it comes to the literary craft. I usually compare myself to the small-time grocer in ‘The Front’ who gets paid to put his name on scripts by the best blacklisted writers of the 1950’s. We’ve been accused of being conspiracy theorists, elitists who care more about our own writing pedigree than mainstream America, ‘far right,’ a ‘Fringe blog,’ Soviet agents, inhuman monsters, and, most egregiously of all, ‘Breitbart’s little brother.’ But no one has ever accused us of being boring.”