Milo Yiannopoulos‘s Dangerous book party erupted into all out anarchy against CNN Thursday night in Manhattan.

As Milo egged revelers on about CNN, partygoers took the bait like a bloody cut of red meat.

He announced they were there to celebrate his book.

And then: “And the second thing we’re here to celebrate tonight — which I didn’t know when I planned this party — is the downfall of CNN.” 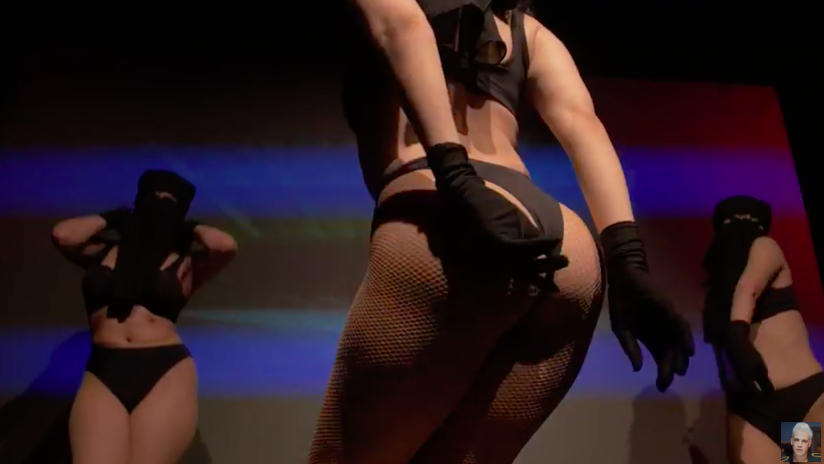 (As an aside, there were also Jihadi strippers — as pictured above — and black “Fuck Simon & Schuster” T-shirts, a middle finger to the publishing company that dumped Milo when a video surfaced that seemed to show him condoning pedophilia. He later explained that was not the case.)

CNN has been a virtual garbage can for President Trump and his supporters these days, with the President constantly referring to the network as “fake news” or “very fake news” and some network correspondents and anchors bashing the President and his administration any chance they get. CNN investigative reporter Andrew Kaczynski‘s story that was published on the 4th of July further cemented the network as an entity for Trump supporters not to trust. In it, he included a line that threatened to expose the name of the story’s main source: Reddit user HanAssholeSolo.

So did Milo assume trashing CNN would fire up his crowd?

“It fires up everyone,” Milo told The Mirror by text Friday morning.

But did he plan to use CNN as a party favor of sorts? Was it spontaneous?

“Well it happened this week so I worked it in,” he replied.

Another highlight of the party was dancing midgets wearing yarmulkes and Ben Shapiro nametags.

Shapiro, who practices Orthodox Judaism and stands well below ex-FBI Director James Comey, is a former editor-at-large for Breitbart News and now editor-in-chief of Daily Wire. “They’re a little tall for Ben Shapiro impersonators, but they’ve got the yarmulkes, they’re doing a good job,” Milo cracked in his video.