Fred Perry is a clothing line that has been around for a long time. Even if you’ve never owned a Fred Perry polo yourself, you surely recognize the trademark laurel logo.

According to several media outlets, wearing a Fred Perry shirt makes you a racist – or at the very least a member of the “alt-right.” Apparently, the black and yellow twin tipped Fred Perry polo is popular among the Proud Boys, a men’s rights organization led by Vice founder Gavin McInnes.

Today, the shirt was denounced in both Slate and the Washington Post, who both claim that the Fred Perry shirt has been a symbol of white supremacists since at least ’70s. 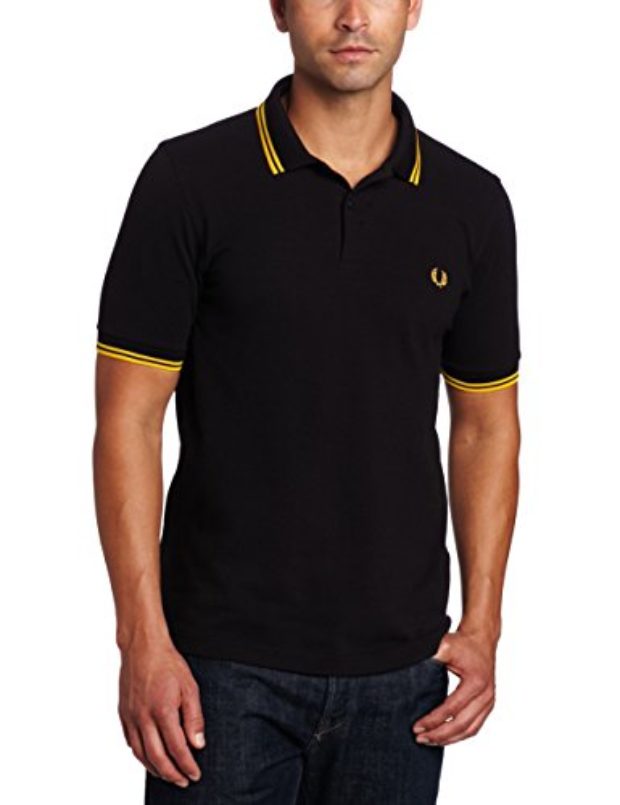 Why wearing a particular polo shirt makes you a racist isn’t abundantly clear, although both articles cite the Souther Poverty Law Center’s inclusion of the Fred Perry shirt in its “racist skinhead glossary.” For his part, McInnes told an Outliner reporter in June that “he wants to align his group with the working-class toughness of the late ’60s hard mods.”

From the various histories given of the Fred Perry shirt, it is obvious that it was heavily favored by the working class in the ’60s and ’70s, especially in England. Outline explains: “Paired with work boots and tight jeans, Perry’s designs for the tennis court became a subversive dig at English elitism.”

It seems that at some point in the past half century, “working class” became synonymous with “racism,” at least in the eyes of the liberal media. Next thing you know, wearing work boots will also be considered racist. Oh wait. According to the SPLC, Doc Martens already are.