YouTube feminist Laci Green, who enjoys a popular following of over 1.5 million subscribers, has become persona non grata among the social justice crowd for daring to question feminist orthodoxy and for dating a man on the other side of the political aisle. Recently, Green has taken to publicly questioning her previously held beliefs about gender and the sex binary, which has earned her the scorn of feminists who are accusing her of bigotry.

To a mainstream audience, the spats that happen on Twitter may seem like pointless drama — but given the broad reach of all the personalities involved, these arguments have a trickle-down effect that affect millions of the viewers who watch their videos and listen to what they say.

“This is what I’m talking about when I say I can’t even use basic biology terms in sex ed anymore,” commented Green, adding that terms like “male” and “female” are now politically incorrect and “not inclusive.”

“’Female’ and ‘male’ are not identities or genders,” she continued. “There are biological sexes and refer to someone’s literal body parts (for reproduction).”

It’s basic biology that anyone will learn in high school.

In a separate tweet, Green highlighted opinions she held that are considered controversial in 2017. She described same sex attraction as gay. 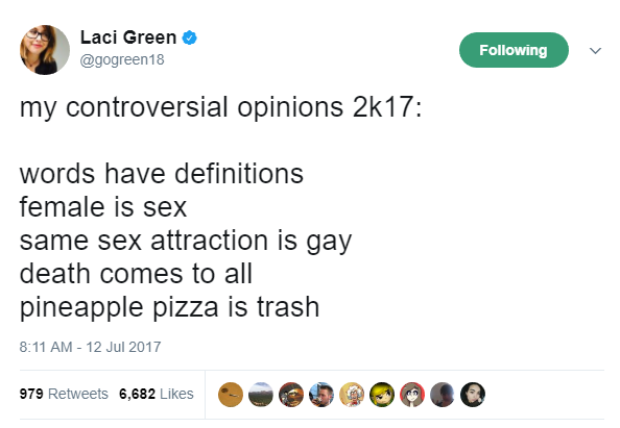 While many other users on Twitter expressed their support for her views, an equal number of feminists — especially male feminists — were upset by what she wrote.

Following her comments, Green was attacked for being a “TERF” or “trans exclusionary radical feminist,” which describes a fringe section of feminists who exclude transgender people from the discourse. Others accused her of homophobia and “biphobia,” for stating the obvious — that same sex attraction is gay.

Many implied that she only held her beliefs because of who she was dating, and not because she was capable of thinking for herself. 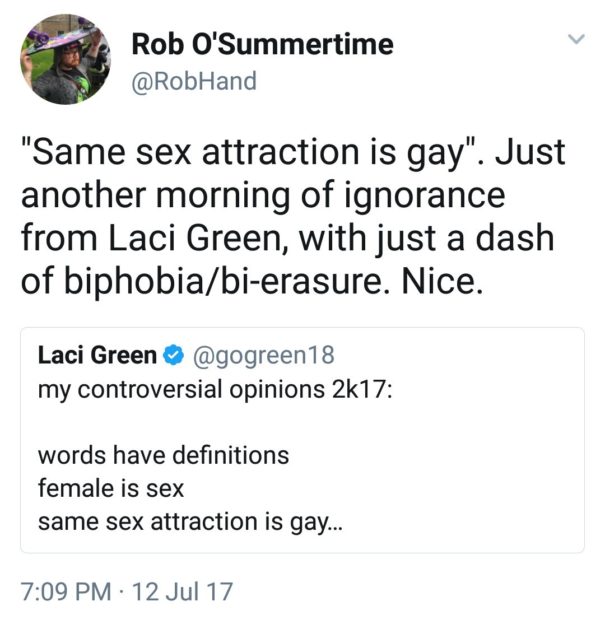 Another popular YouTuber, Daniel Hardcastle, who once described Feminist Frequency as “trash,” weighed in on the situation by aligning himself with Green’s detractors and cried about “ableism” when he was called out on it. 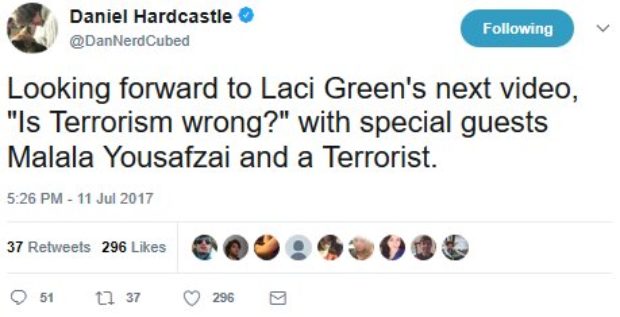 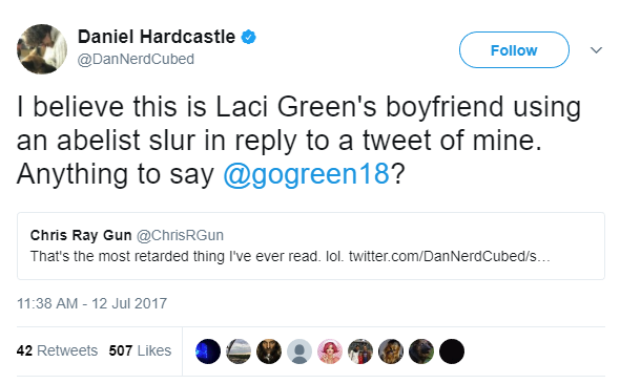 It’s curious to see where the lines will be drawn in the ongoing discussion on political correctness and the language of sex and gender as more young people rise to prominence within the media.