U.S. adversaries engage in as many as hundreds of thousands of attempts to hack into each day, according to the chief of U.S. Army Cyber Command.

These attacks come from a number of different sources and use a variety of methods, including network penetration, attempts to steal log in credentials and spear phishing, said Lt. Gen. Paul Nakasone during Defense One’s annual Tech Summit in Washington, D.C.

“We see a number of different intrusions every single day,” Nakasone told Defense One Executive Editor Kevin Baron during an on-stage interview. When asked how many, Nakasone said there were “tens, hundreds of thousands a day.” 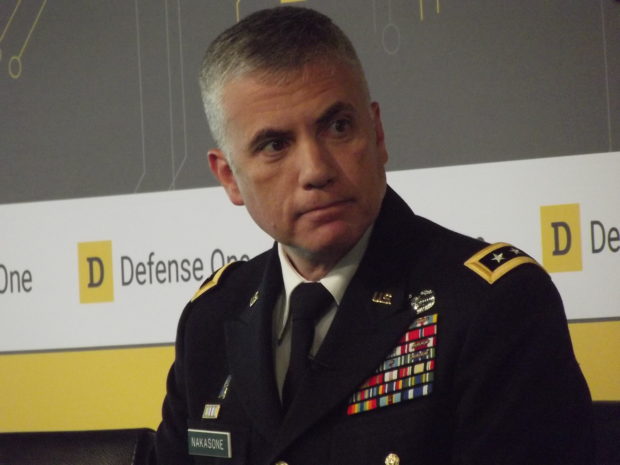 In addition to providing offensive capabilities, Army Cyber Command is tasked with protecting the Army’s entire computer network, which is used by hundreds of thousands of soldiers every day. Nakasone noted that protecting that network is his command’s most difficult task.

“We have to be right ever single time,” said Nakasone. “The attacker only has to be right once, find one vulnerability.”

Attacking a computer or computer network is significantly easier than protecting one. A single hacker can exploit a single vulnerability and wreak havoc on a multitude of victims, even if dozens of cybersecurity professionals are working to stop them. Attributing such attacks is also difficult, as it is quite easy for a hacker to create a new profile for themselves online at will. The fact that both state and non-state actors participate in such attacks only adds to the confusion.

In response, the U.S. military, including Army Cyber Command, are trying to recruit a new generation of cyber warriors. Cyber Command, the military’s general command for all cyberwarfare, is in the midst of creating 133 cyber teams to operate in the new domain, 41 of which will be in the Army. The military has even created a targeted marketing campaign to recruit new talent, including a popular new commercial. Leaders are also exploring options for direct commissions and specialized career tracks for cyber warriors.