The award is presented annually to someone who embodies the spirit of tennis legend and longtime human rights activist Arthur Ashe. The former first lady presented the Arthur Ashe award to Special Olympics chairman Timmothy Shriver in honor of his late mother’s lifelong work. 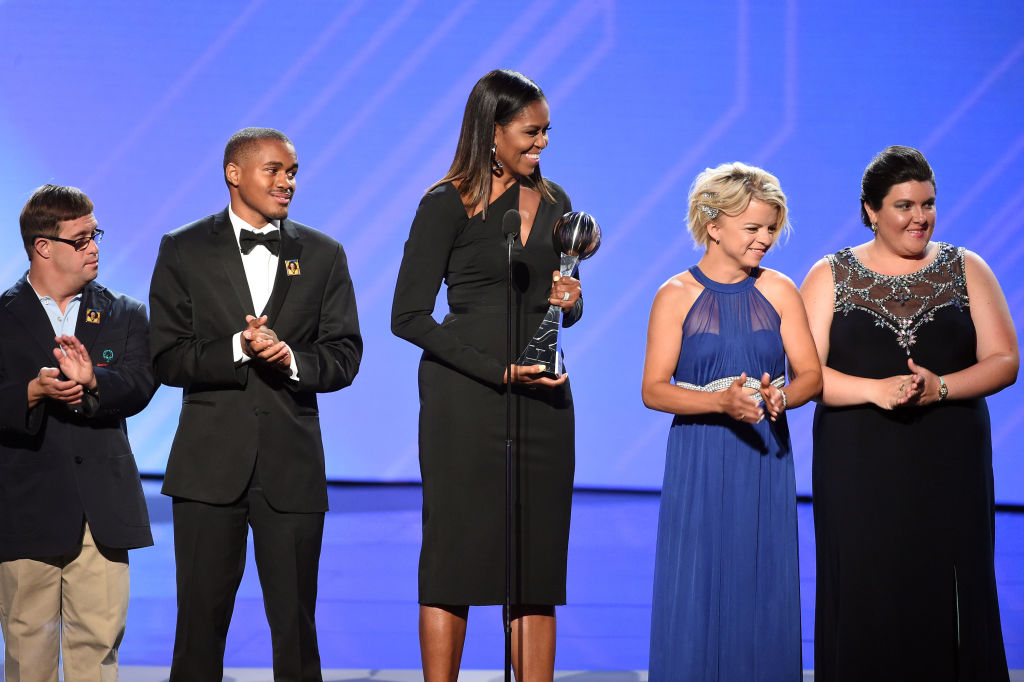 Eunice Kennedy Shriver was inspired to found the Special Olympics by her sister, Rosemary, who had intellectual disabilities. Her son and Mrs. Obama were joined by a group of Special Olympians on stage during Wednesday night’s presentation.

“My mother knew one thing,” Shriver said. “She knew that the athletes of the Special Olympics have the same dedication, the same commitment, the same guts and they deserve the same glory as any other athlete competing in this country or anywhere around the world.” 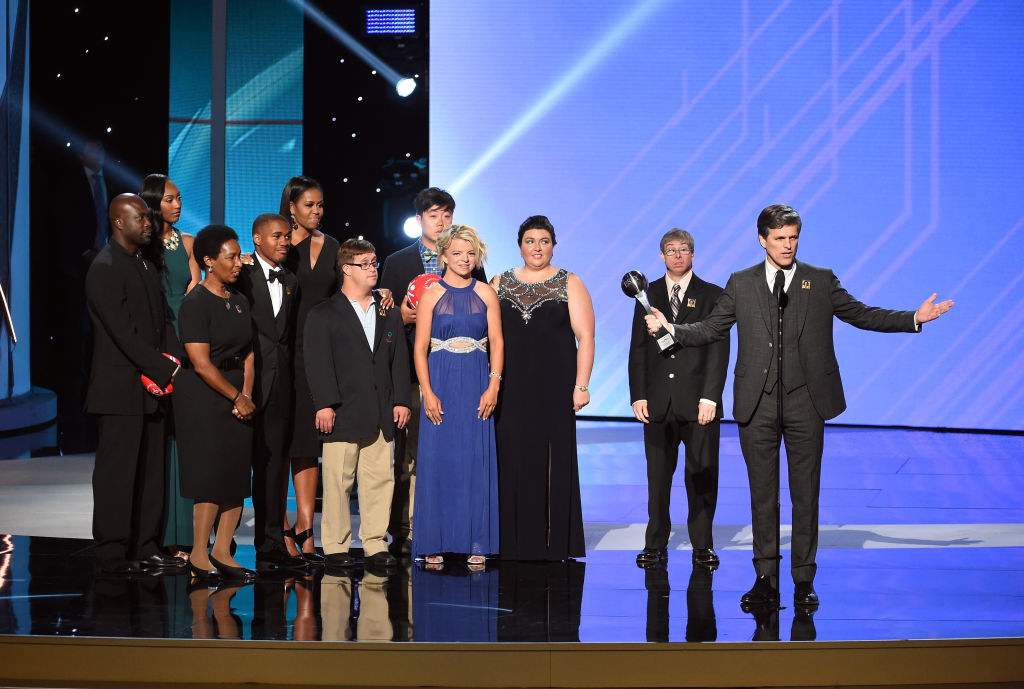 Shriver then acknowledged that he and his family wished that his mother could be there to accept the award on her own and said that she was, in a way.

“She’s here in the hearts and minds of anyone in this room or anyone around the world who really believes in inclusion and is willing to act on it. She’s here in anybody who says let’s play unified and let’s live unified, too,” Shriver continued.

Shriver concluded by telling the special olympic athletes standing beside him that they have the power to change it all.