Administrators at a private university in the suburbs of Philadelphia pursued a Title IX investigation against a professor after two female students complained about — and sought to censor — an on-campus art installation criticizing President Donald Trump.

Arcadia University media and communication professor Alan Powell created and organized the exhibit along with over two dozen Arcadia students and alumni.

The exhibit first appeared in February and March in Murphy Hall on Arcadia’s campus.

The complaint which would lead to the Title IX investigation arose on March 3 when an unidentified female student objected to the exhibit in an email to a professor (who was not Powell).

“I don’t want to have to see and hear the footsteps of hitler [sic] and his henchmen at 11 o’clock at night when I’m alone. I don’t want to see implied genitals or read vulgar language or hear politicians’ voices when using the restroom, copier, or water fountain,” the email explained, according to the Foundation for Individual Rights in Education (FIRE), a civil rights group.

The complaining student also said “we don’t deserve to have our learning environment decimated with sexually explicit language, images, antisemitic [sic] audio and video and trash.”

“It is effecting [sic] my ability to sleep, focus, and most importantly, learn,” she griped.

Powell told The Daily Caller he does not know for sure who filed the original complaint or who filed a second complaint which led to the Title IX investigation.

“Anonymous students tried everything they could do to close the show,” he said. “They don’t want politics in the art department.”

It’s more likely, he suggested, that the complaining students are “middle-class white liberals who do not want to be disturbed” by politically-charged imagery.

“There’s this part of academic feminism that is sort of bashing male heterosexuality,” Powell also observed. 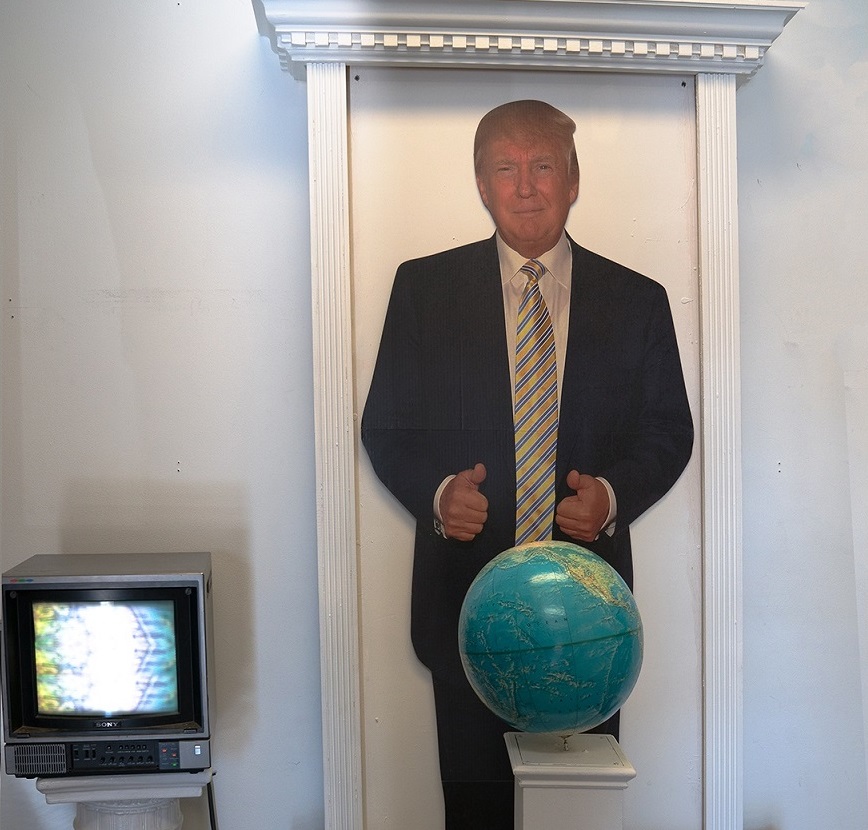 The “Trump Dump” exhibit features a huge collection of tweets and utterances by Trump. Its general theme is that Trump has offered Americans a negative, dystopian vision.

Some of the students who worked on the exhibit responded to the original complaint.

The complaint appeared to suggest that Arcadia should display “only ‘safe art’,” one student artist wrote. “We should not take this exhibition away or silence it out of discomfort.”

Powell offered to lower the audio of the exhibit in response to the complaint and proposed that unhappy students could add their criticisms to the exhibit as a way to enhance it.

“The students are welcome to deface the art work” or add protest signs — “do whatever you want” and “it becomes part of the show,” the professor wrote, according to FIRE.

Powell and the students did, in fact, add the complaining email to the exhibit (without any personal information).

Then, in May, Arcadia’s assistant vice president of human resources, Rhonda Hospedales, notified Powell that two female students had filed a Title IX complaint against him because of the Trump-bashing exhibit.

“The University has been advised that we must investigate the complaint to determine whether the students may have any rights under Title IX,” Hospedales wrote in an email obtained by FIRE.

Title IX is a comprehensive 1972 federal law that prohibits federally-funded entities from discriminating on the basis of biological sex.

It’s not clear how a Trump-bashing art exhibit could discriminate against someone because of their biological sex. 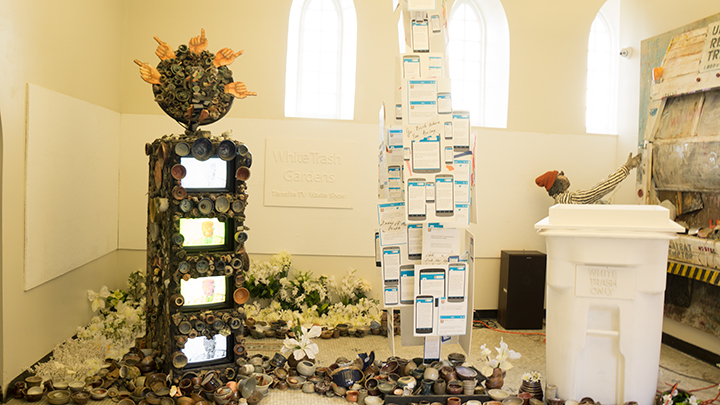 Hospedales, the Arcadia human resources official, told Powell that “this investigation should be treated confidentially” and assured him that “the University continues to remain committed to your rights to exercise academic freedom of speech.”

In a May 23 meeting, Powell says, Hospedales asked him to relocate parts of the “Trump Dump” exhibit to the basement of Arcadia’s library. She also accused him of identifying the complaining student and warned that he might be subject to additional Title IX complaints because he was keeping parts of the installation in his campus office.

Powell declined to remove the artwork.

Three days later, Arcadia officials informed Powell that the Title IX complaint against him “does not raise any actionable Title IX violations,” according to FIRE.

“I felt the show revealed a cultural clash within the university,” he told TheDC. 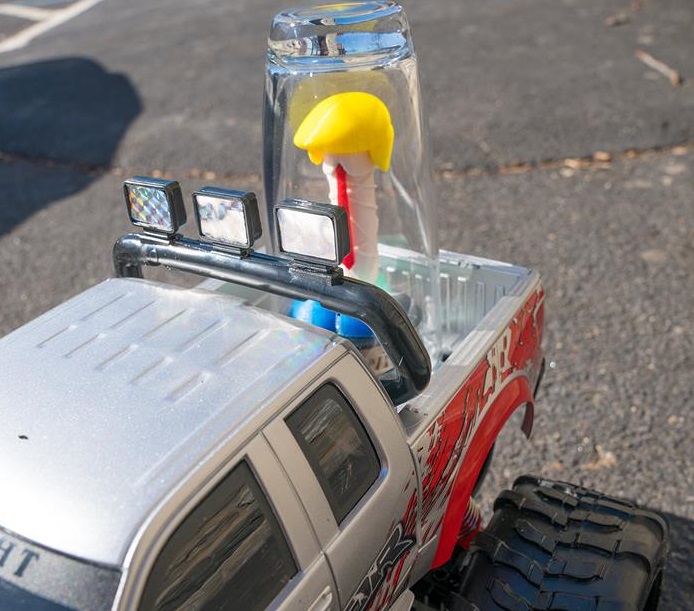 The creators of the art installation also included students “who are of Jewish Heritage, Latino, Afro-American, and first generation immigrants,” he wrote in a description of the exhibit.

At the same time, the entire exhibit was a collective process involving over two dozen people.

“It’s alarming that Powell was even investigated in the first place,” FIRE said. “Title IX does not excuse administrators from their responsibility to exercise good judgment and common sense.”

“If art installations commenting on contentious current day issues could constitute violations of Title IX simply because their material is sexually-themed or could cause an ‘adverse impact,’ then there isn’t much artwork that wouldn’t be under investigation,” the civil rights group also said.

“Investigations like the one Powell experienced can have a negative impact that lasts long past the end of the investigation — a ‘chilling effect’ that inspires professors and students to self-censor.”

Powell said he has no plans to censor his own art.

“I’m 65 years old. I’m a full professor. I’m in a position to say: ‘Do whatever you want. I win,'” he told TheDC. “I’m absolutely enraged about Trump and I am going to make art about it.”

Powell also noted the irony that the Title IX complaint has created publicity for the Trump-criticizing art exhibit.

“The Title IX complaint gave the show a new life,” he said.

The “Trump Dump” art installation will appear at an art gallery in New York later this month.