Hometown visits are up this week on ABC’s “The Bachelorette” and they’re full of laughs, tears — and yes, a death threat.

Rachel’s first visit was with Eric just a hop, skip and jump from Washington, D.C. in Baltimore. Naturally, Eric greeted her with some giddy dancing and singing, something that has become increasingly adorable. Eric showed off the one classy area Baltimore has to offer, the port, before whisking her away to the part where he grew up, the part where you probably don’t want to walk around alone at night.

Normally when you’re showing off your city you want to point out your favorite cafe or your after-school hangout, but not Eric. Among the things he highlighted for Rachel was the casual drug deals being made as they drove by in a car. Despite Eric’s tough upbringing and intimidating childhood, he was remarkably confident and excited to talk up his hometown.

Rachel was trembling over the thought of meeting his family, but it only took her seconds to realize she was basically meeting 10 Erics. If you’re wondering where Eric gets his enthusiasm, here’s your answer. Eric’s family was literally his personality in multiple bodies.

Despite the adversity Eric faced growing up, the visit was full of gratitude and love for the support of his family. Eric capped off the perfect date by telling Rachel that he loved her and really cared about her in what was arguably the cutest scene of the episode.

Next up, Bryan. Rachel’s attraction to Bryan is about as secret as Superman’s identity. Like Bryan, his hometown of Miami is “hot” and “steamy” as Rachel so romantically put it.

Bryan tried to break the stereotypical clubby rep Miami boasts by taking Rachel to an authentic Spanish bar and showing off his Spanish tongue by making small talk with the locals. Okay Bryan, we get it. You’re Spanish. Rachel was too busy drooling to even notice he was speaking Spanish for half the date.

Bryan’s mom stole the show on this date, singlehandedly securing the title of the most intimidating mom in ‘Bachelorette’ history, in part, because of her thick accent. She may look like the type of petite woman you would want to carry groceries for, but behind that exterior was someone you do not want to mess with.

Bryan’s mother nailed Rachel with some exacting questions. Then she literally threatened to kill Rachel if she did anything to make Bryan unhappy. Uh, okay… Rachel not-so-casually played it off like she wasn’t shitting her pants in fear by erupting into an unnaturally loud burst of laughter.

At the end of the date, Bryan told Rachel that he loved her, which ultimately turned the date during which she received a death threat into the best date of her life.

On her third hometown visit, Rachel joined Peter in Madison, Wisconsin. If Peter’s personality were transformed into a city it would be Madison; low-key, pretty, and well, boring. Peter has been more reserved and meticulous in his relationship with Rachel. While it’s sorta sweet, part of me agrees with Rachel that Peter needs to show a little more emotion.

Peter’s family seemed more confident about his relationship with Rachel than Peter and Rachel themselves. Rachel left the hometown feeling a little unsettled after Peter’s mom said he is ready for a commitment, but maybe not marriage. The whole date had a pretty somber mood compared to Rachel’s previous visits.

The final, and most bizarre (to put it gently), visit was with Dean in Colorado. Despite not having seen his father in two years, Dean felt the best way to end the streak was behind the camera on national TV.

Dean’s father completely transfigured his identity, adopting the name Paramroop Singh Khalsa and the Sikh religion. For those of you wandering what Sikhism is, it is a way of life that preaches devotion to God. However, no amount of research will prepare you for what you’re about to see at Dean’s dad’s house. 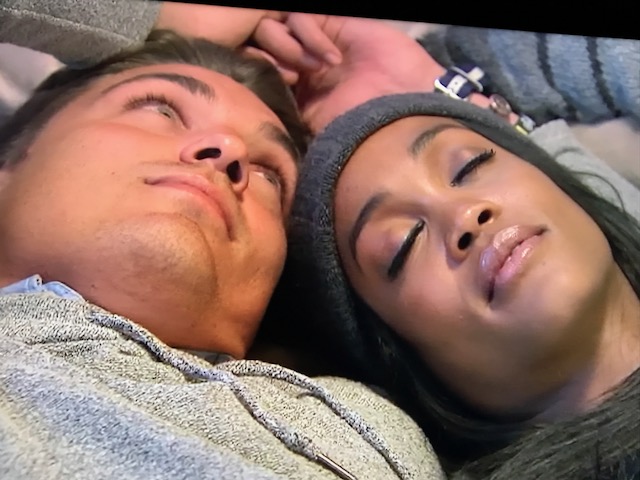 Dean gave Rachel at least five warnings, which at the time seemed like overkill, but is now entirely understandable. The house looked like a good place for a horror movie. Sitting on the ground dressed in a purple robe and turban, Dean’s father was pretty much everything you would expect a man named Paramroop to be… and more.

Dean’s father proudly played his gong to welcome Rachel, who played nicely into the whole ritual thing, but Dean was not buying it. Dean persistently threw his father shade, staring at the ground while his father spoke and declining to touch what looked to be strange food. Rachel managed to get down a few bites — it’s unclear if she really liked it.

In one of the more serious moments of the season, Dean discussed the death of his mother with his dad. The whole encounter was actually very sad and the obvious discord between the two left both feeling angry and misunderstood. Dean struggled to hold back tears after the disaster of a visit. His father, meanwhile, stormed off before even having a full conversation with Rachel. It was all quite strange. 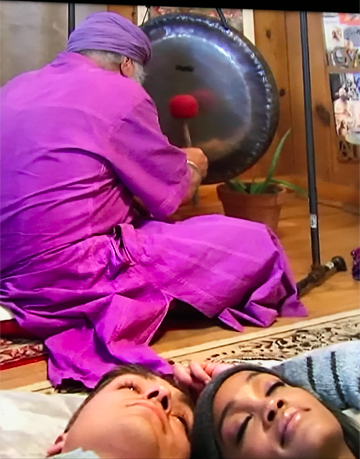 Dean and Rachel laid down together on his father’s religious pillows in the gong room. He told her he was falling for her. She held onto him and said she was falling in love with him, too.

Rachel left the world speechless, giving Peter, Eric and Bryan roses and sending poor Dean home. After his hometown you would think Rachel would at least offer him a pity rose – I mean you can’t help but feel for the guy.

Did his father scare her away? Is the sky blue? The answer is yes. Rachel pinned it on the “I wonder if you’re ready” excuse, but we all know it the truth is hiding under Paramroop’s turban.

Rachel has been one of the most real Bachelorette’s the show has ever seen. But sending Dean home was pretty low. Nonetheless, we have a week to be mad at Rachel before we join her with the final three men in Spain where she will wrap up this whirlwind of a journey.