Gigi and Bella Hadid were spotted Thursday out and about in New York City wearing cut-off jeans that showed off their toned model figures. 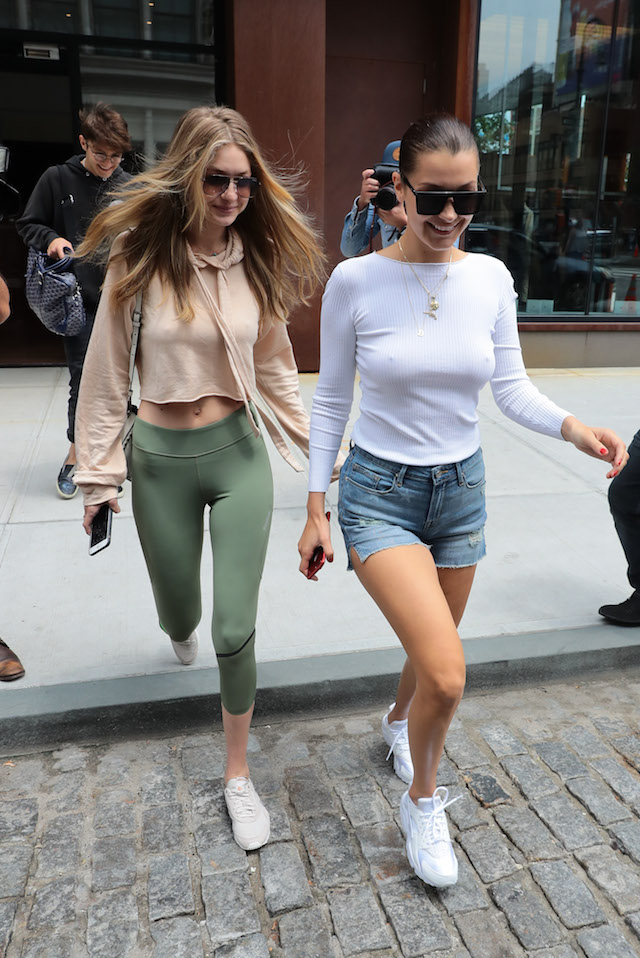 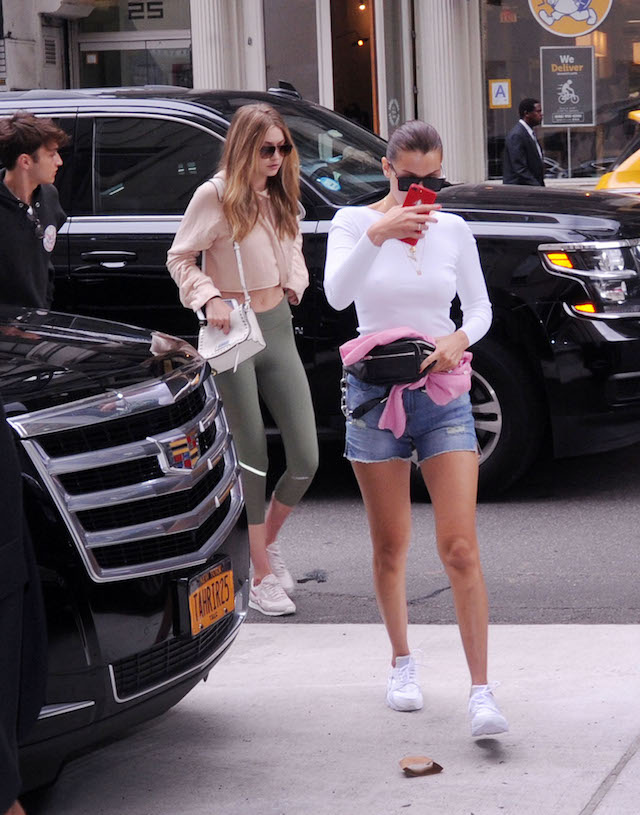 The 20-year-old Victoria’s Secret model dealt with the summer temperatures in a braless long sleeve white ribbed shirt with ripped jean shorts that had white stars on them.  (RELATED: PHOTOS: Gigi Hadid Comes Dangerously Close To A Wardrobe Malfunction In This Outfit In NYC) 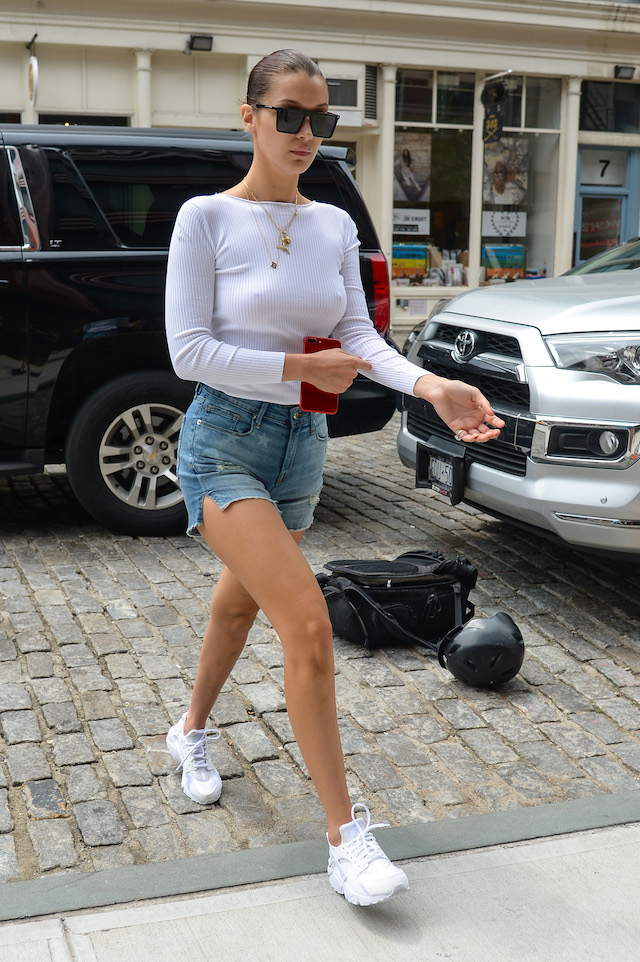 She completed the look with a pair of sunglasses and white sneakers. 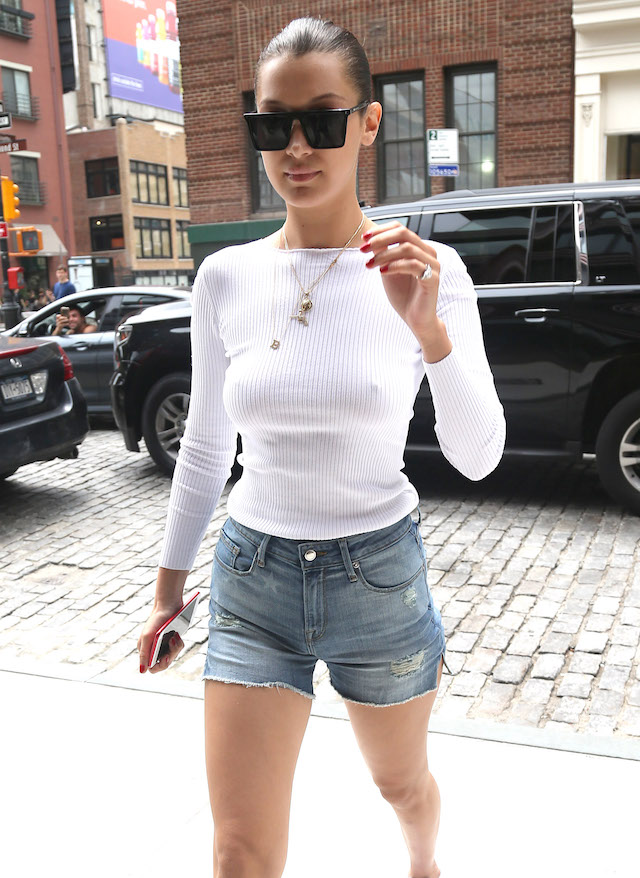 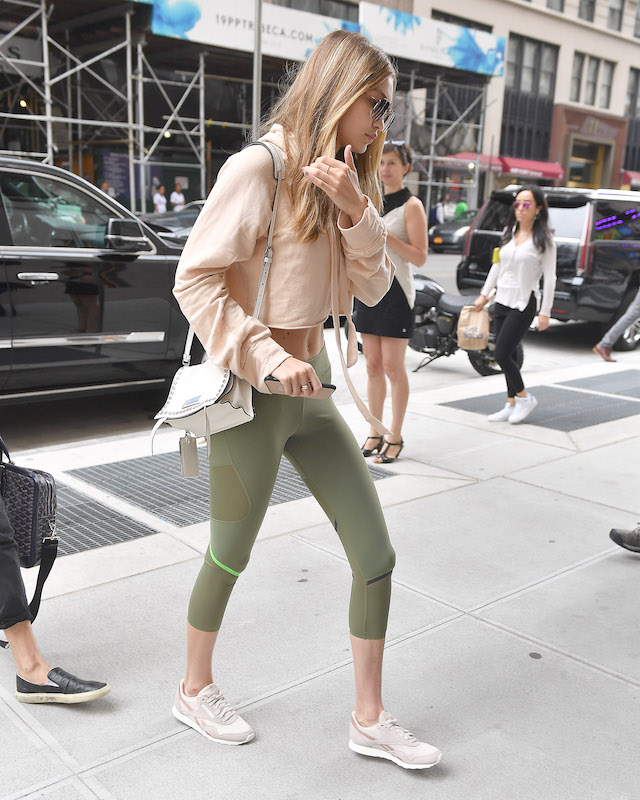 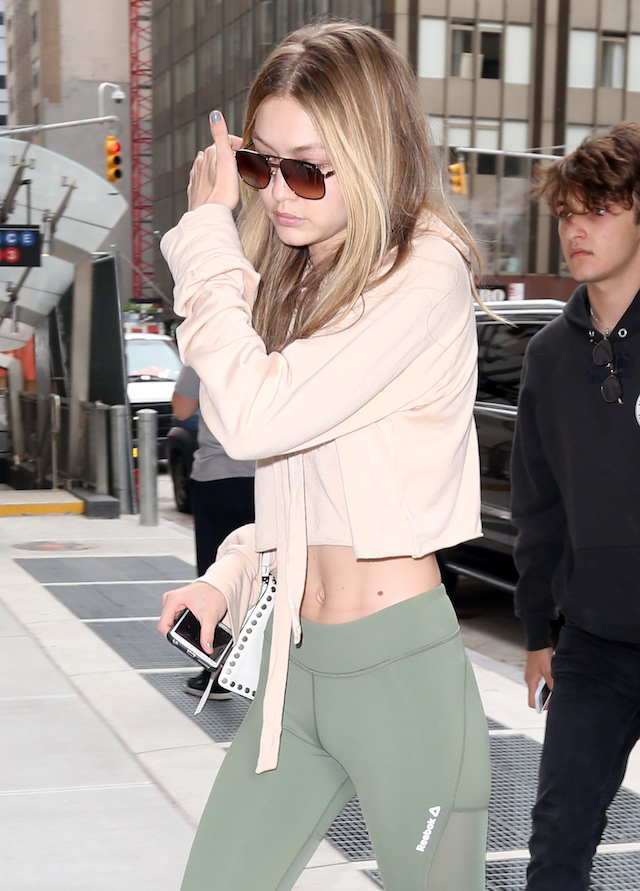 Both sisters were all smiles as photographers snapped away while they headed out for the day looking terrific in the casual outfits. 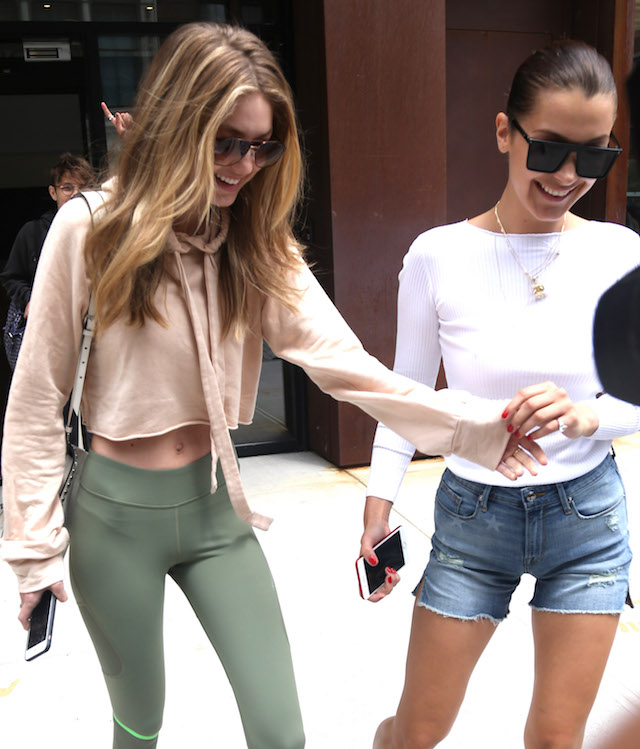 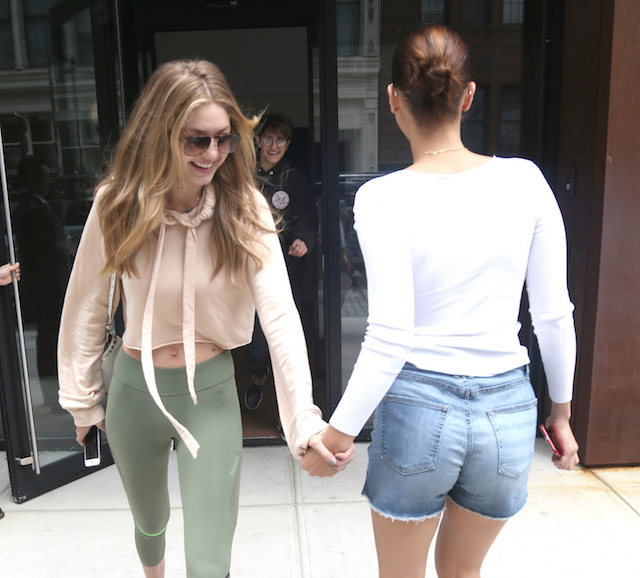