Clearly Richard Sherman has been waiting for his opportunity to unleash his opinion on the whole Colin Kaepernick situation.

In an interview with USA Today earlier this week the Seattle Seahawks cornerback stopped the questioning and asked one of his own, unprompted: “So what do you think about Colin Kaepernick?”

Presumably a little back and forth ensued between Sherman and the reporters (although there’s no video of the conversation) during which Sherman said Kaepernick being blackballed from the NFL is all about his national anthem protest and has nothing to do with this talent.

“What is it about?” Sherman asked. “It’s not about football or color. It’s about, ‘Boy, stay in your place.” 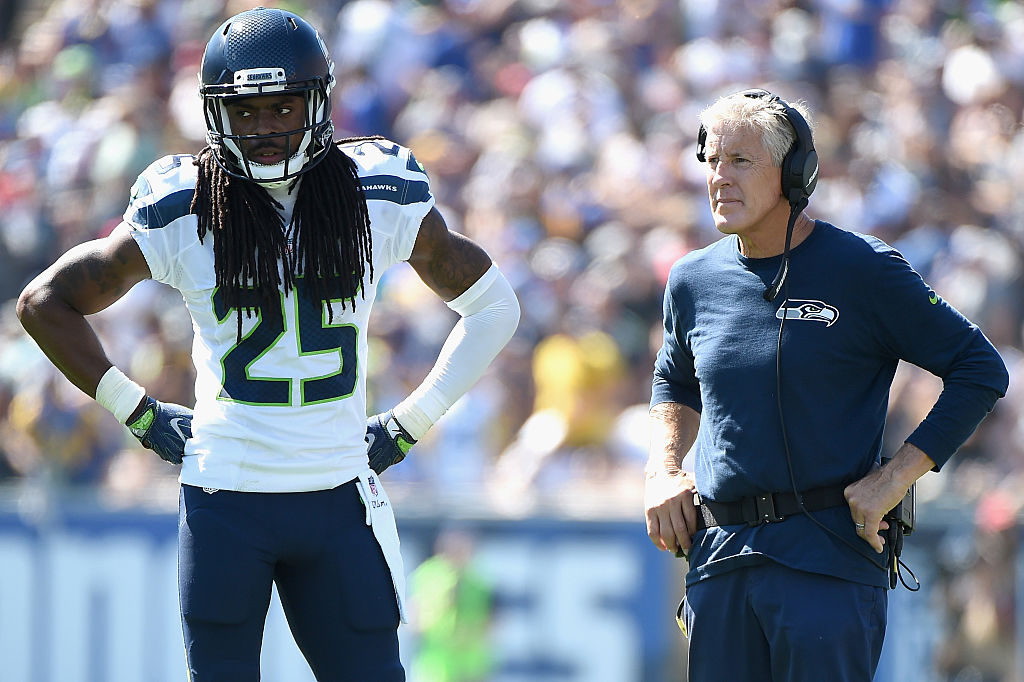 “He played in Chip (Kelly)’s system last year and went 16-4 (TD-to-INT ratio) on a bad team. He played well because he’s a good football player. He may not be the best, but he’s better than a lot of these dudes starting,” Sherman said.

The star cornerback then patted himself on the back for standing up for the former San Francisco quarterback who orchestrated a national anthem protest against racial injustice last season. (RELATED: ESPN Asks If Viewers Will Boycott NFL Over Kaepernick Not Being Signed)

“Not a lot of guys are willing to step out there,” Sherman continued. “So the guys not speaking up for him are doing him a disservice. There should be a lot more guys saying something. Most guys are like, ‘I don’t want my job to end up the same way.”

The Seahawks briefly considered bringing Kaepernick on, but the most recent reports predicted he would end up on the Baltimore Ravens due to starting quarterback Joe Flacco’s back injury. But after Ravens owner reportedly consulted former player Ray Lewis and others, it looks like that’s not likely to happen either. 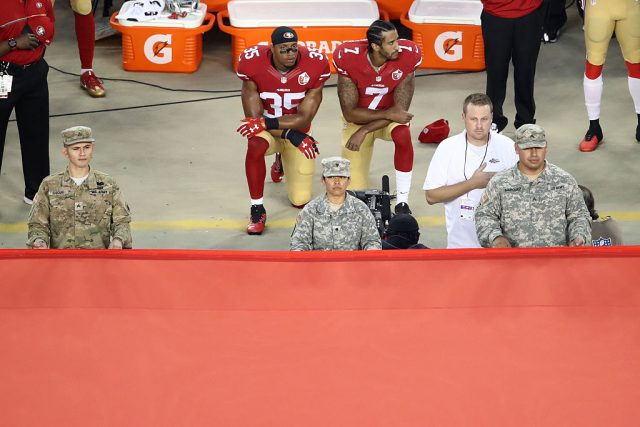 “For you to say you have to check with sponsors and fans because this guy took a knee and made a statement,” Sherman said. “Now if you told me this guy threw eight pick-sixes last year and played like a bum, had no talent, that’s one thing. But Ryan Fitzpatrick, Ryan Mallett or whoever is playing for the Jets right now – whoever is starting for the Jets is terrible – have jobs. You’re telling me fans would rather you lose and put a worse player out there because a guy took a stand? That’s where it’s so troublesome to me.”

The San Francisco 49ers finished with the 2016-17 season with two wins and 14 losses, and Kaepernick was the back-up quarterback on that squad. The few games he did start showed no indication that he could’ve improved that record.