The powerful left-wing organization is ramping up a pressure campaign against the pro-Trump host’s advertisers. The front page of Media Matters’ website makes clear what the goal is: taking down Hannity. 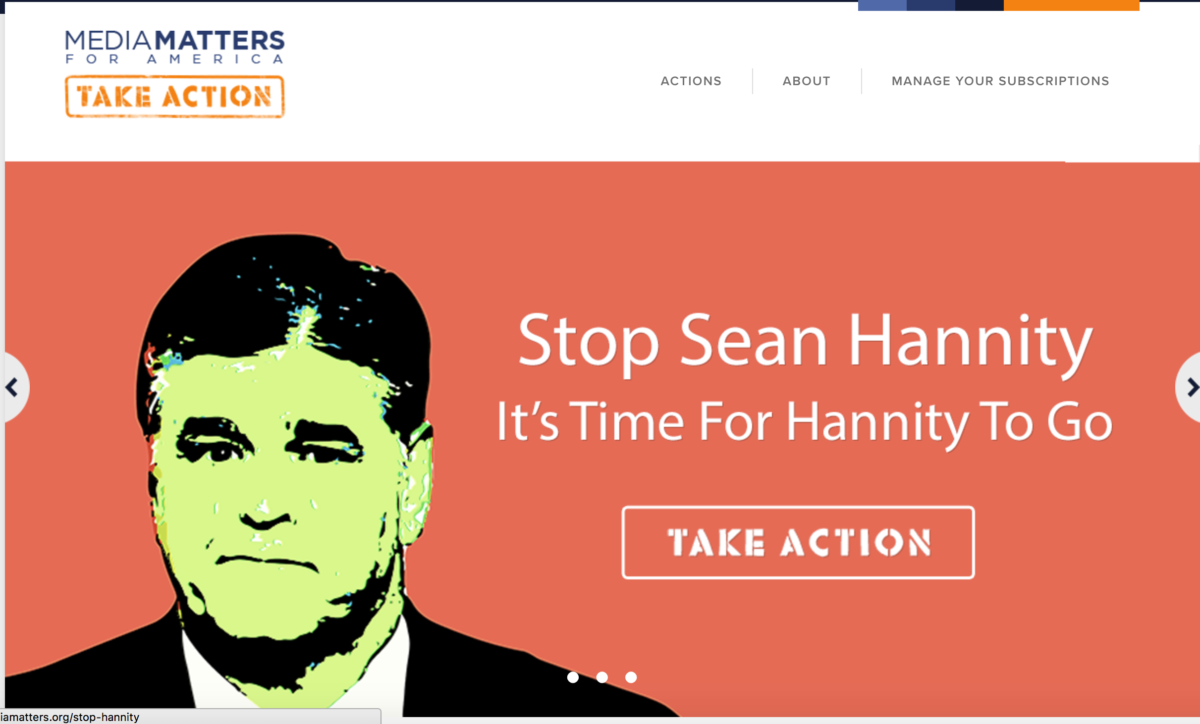 The page directs Media Matters’ leftist supporters to a petition page where they can help “Stop Sean Hannity” by sending the message to his advertisers that they “will get burned if they continue to associate with Hannity.”

The site also prominently features a list of Hannity’s advertisers that states: “Sean Hannity is functioning as a propagandist in order to advance a political agenda in support of Donald Trump.” The list was last updated on Thursday, according to Media Matters.

Media Matters is whipping its supporters into a frenzy over email and social media as well.

Media Matters is flooding social media with negative posts from Hannity’s long career as a TV and radio host, as well as periodically blasting out a list of Hannity’s advertisers.

FLASHBACK: Once upon a time Sean Hannity was fired from a radio station for making repulsive anti-gay comments: https://t.co/H99gWKgrwf pic.twitter.com/SsBTqy5LyU

Hannity’s primetime Fox News show at 10 p.m.  — which consistently earns stellar ratings — has been a constant voice of support for President Trump amid a sharply critical media environment. Hannity’s unflappable support for Trump has made him a prime target for Media Matters and other activists on the left.

The Media Matters pressure campaign resulted in several of those advertisers — including the military insurance group USAA — to pull their ads from “Hannity.” That strategy came to a (temporary) halt, however, when conservative activists began targeting the advertisers for MSNBC’s Rachel Maddow and other liberal hosts.

USAA caved and pulled its ads from Maddow’s show, before eventually reinstating its advertisements on both MSNBC and Fox News.